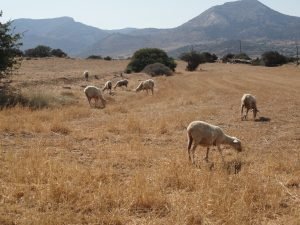 The Temple of Demeter at Gyroulas is located on a small hill surrounded by farmland in the interior of the Greek island of Naxos about 10 km south-southeast of the island’s main town.

The temple was built in the 6th century BCE, about the same time as the Temple of Apollo on the islet next to the harbor of the main town of Naxos (see our article on Naxos). The area surrounding the temple was actively farmed in antiquity, and the cult practices to Demeter, goddess of agriculture and the harvest, which occurred on the hill both before and after the construction of the temple were important to the local inhabitants to ensure the fertility of their lands.

Like the temple dedicated to Dionysus at Iria (located 7 km to the northwest), the wholly marble Temple of Demeter is considered by scholars to be important in the development of Classical architecture, and it is another example of the key role that the Naxians played in early Classical Greek temple construction. 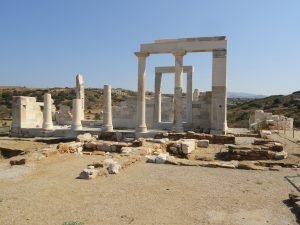 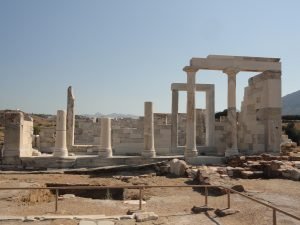 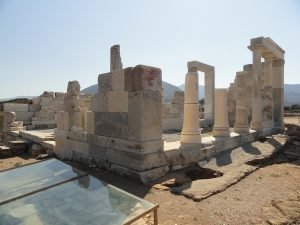 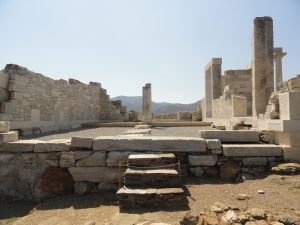 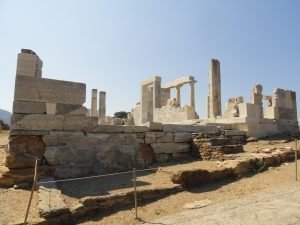 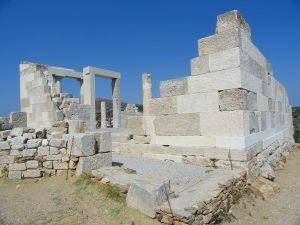 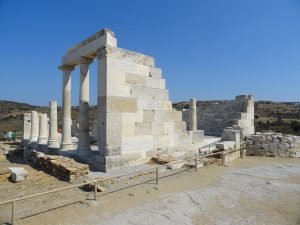 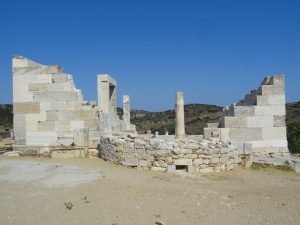 Tips for the Visitor
The site can be reached by private car. Also, some day tours originating from the main town make a short stop at Gyroulas to visit the temple.