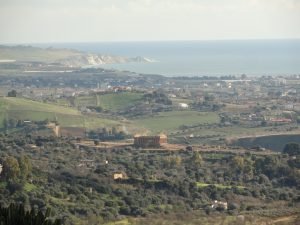 The town of Agrigento is located in Sicily 90 km south of Palermo and 130 km west of Catania. It is just 3.5 km from the southern coast of the island, and between the town and the sea is an archaeological site called the Valley of the Temples.

The temples south of Agrigento were part of the Greek colony of Akragas, which was established there in the early 6th century BCE. The city of Akragas grew to be large, rich and powerful until it was sacked by Carthage at the end of the 5th century. Rome and Carthage fought over Sicily for much of the 3rd century, at the end of which Akragas became the Roman town of Agrigentum.

The  main attraction in the valley is the Temple of Concordia. As a Greek temple built in the 5th century BCE, it was not dedicated to the Roman goddess of Concordia but was named after her based on a nearby but unrelated inscription. It is one of the best-preserved Greek temples anywhere. 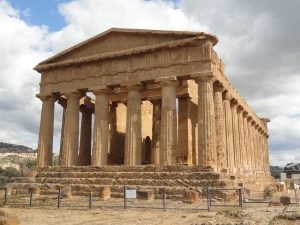 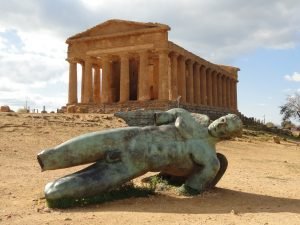 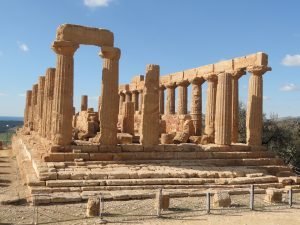 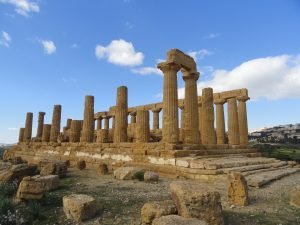 The foundation and a row of columns still remain of what is called the Temple of Heracles, although the identification is uncertain. It is believed to be among the oldest at the site, dated to the 6th century BCE. 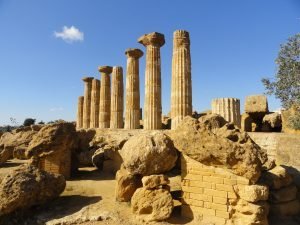 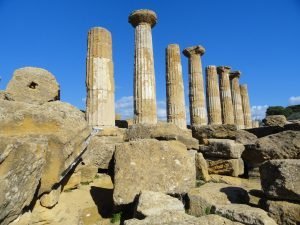 Not much is left of the Temple of the Dioscuri, however. Even the one small corner which is found standing is not original: It was erected in the 19th century using fragments of other ruined temples. 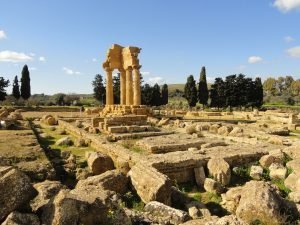 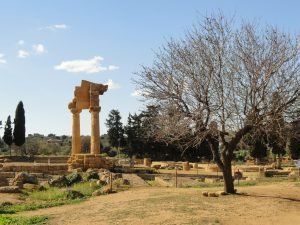 Various other minor ruins can be found in other places in the valley. Also, between the town and the archaeological site, there is a museum, the Regional Archaeological Museum “Pietro Griffo” of Agrigento. 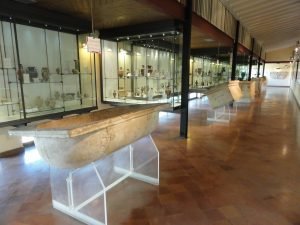 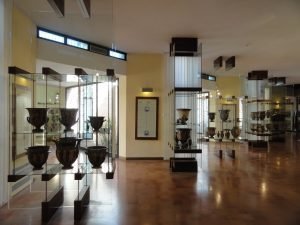 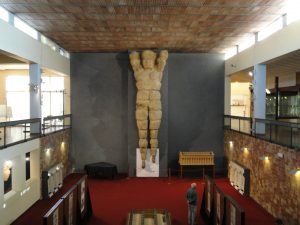 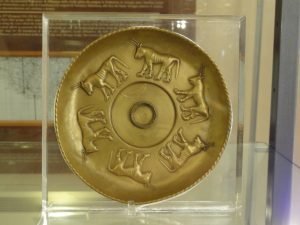 The museum was built next to the site of the ancient city’s bouleteurion, or council house. 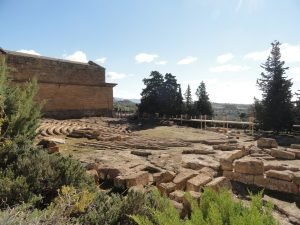 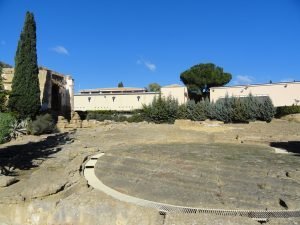 Tips for the Visitor
Agrigento can easily be reached by bus or train from Palermo — both options take around two hours each way. The closest train station to the site is the one in the middle of the town, Agrigento Centrale, not Agrigento Bassa. From the south end of town, the site can be reached after a scenic walk down the Via Francesco Petrarca. Halfway down to the site, you will find the museum on the same street on the left side behind a church, the Chiesa di San Nicola.