Akrotiri is an archaeological site located near the southern coast of the Greek island of Santorini (also called Thera or Thira) less than a kilometer southeast of the modern town of Akrotiri.

It was a Bronze Age settlement which is now considered to have been part of the Minoan civilization, like the Cretan sites of Knossos, Phaistos, Malia, Ayia Triada, and others. The settlement was destroyed by a volcanic eruption in the 17th century BCE. 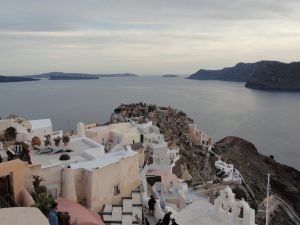 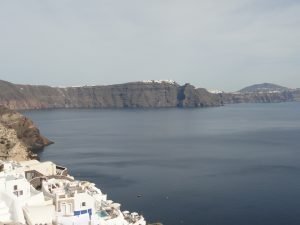 As a result of the nature of its destruction, the site was relatively well preserved in the same way that the Roman city of Pompeii in Italy was centuries later. The building was built around the site, and visitors can walk through the site on elevated walkways, peering down at the hive of grey buildings below. 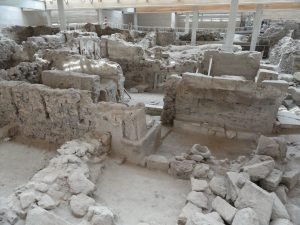 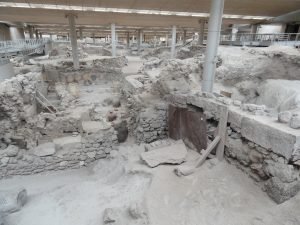 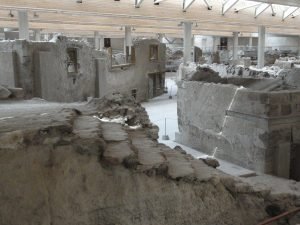 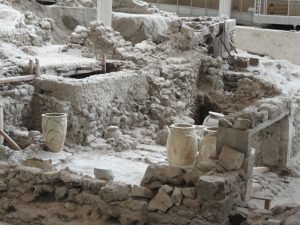 The walls of the houses have not always been so colorless, however. Many important frescoes were found at the site and are now housed in museums, such as the Museum of Prehistoric Thera, located in the main town of Thera. 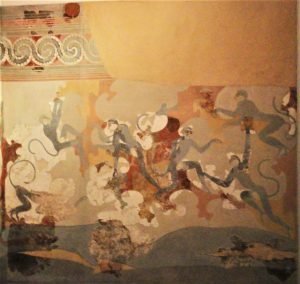 Other frescoes from Akrotiri can be viewed in the National Archaeological Museum of Athens. 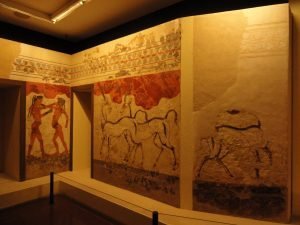 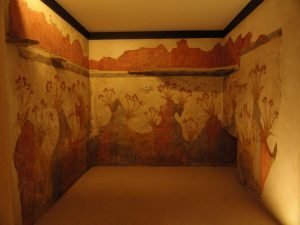 In fact, the National Archaeological Museum of Athens has an entire room dedicated to finds from Akrotiri. 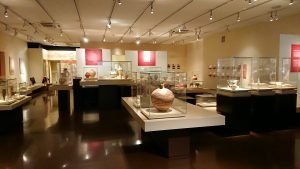 Tips for the Visitor
Santorini is one of Greece’s most popular vacation destinations and can easily be reached by sea or air.

The site is a 10-km drive south from the Santorini’s main town of Thera. There are infrequent buses, so it may be a better option to get a cab.