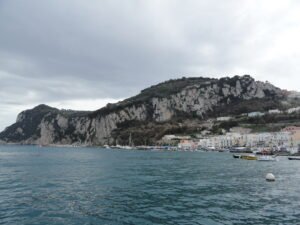 The small island of Capri is located at the southern edge of the Gulf of Naples off the west coast of Italy.

In ancient Roman times, the Gulf of Naples had several settlements. These included the towns of Pompeii and Herculaneum, both of which were around 30 km across the gulf from Capri and were destroyed (and at the same time preserved) in antiquity by the eruption of Mt. Vesuvius. Capri was also around 30 km across the gulf from the ancient Roman pleasure resort of Baiae.

Indeed, the Gulf of Naples was well known even in ancient times as a place for fun or debauchery, depending on one’s perspective. In the year 26 CE (53 years before the fateful eruption of Vesuvius), the Roman Emperor Tiberius decided to leave the city of Rome and establish his residence at a pleasure villa he owned on Capri. The villa was called the Villa Jovis (a Latin form of the name of the god Jupiter), and it was built high up near the cliffs at the eastern end of the island overlooking the sea.

Safe and secure in his villa, Tiberius is said to have lived a life of pleasure while leaving most of the administrative duties of ruling the empire to the leaders of his Praetorian Guard in Rome. The following century, the Roman historian Suetonius had many salacious stories to tell of the extravagant pleasure-seeking activities Tiberius enjoyed at Villa Jovis, although it is not clear how credible they are.

The villa is not very well-preserved, but a visit to the Villa Jovis can nevertheless give one a sense of the lifestyles of ancient Rome’s rich and famous. 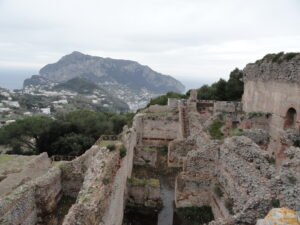 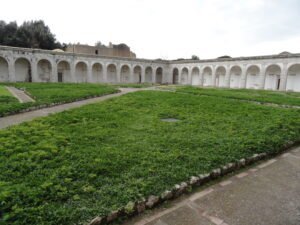 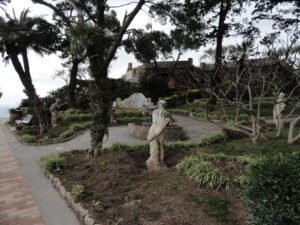 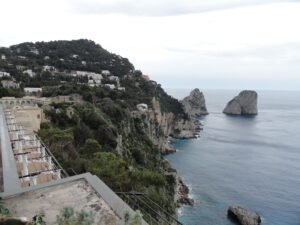 There are also some nice views to be had from there of the rest of the island, the sea, and the rock cliffs in between. 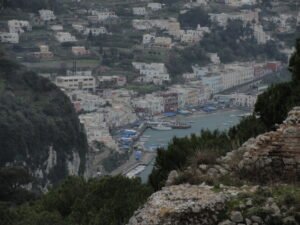 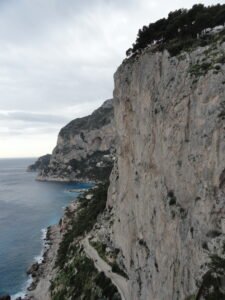 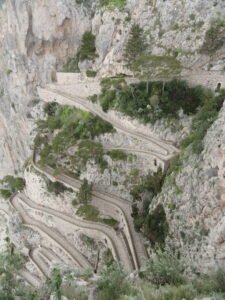 Tips for the Visitor
There are frequent ferries that run between Capri and the port of Naples.

Due to the villa’s secluded location, a significant portion of the 3-km trip there from the port needs to be done on foot, but even doing the whole trip from the port on foot would not an unpleasant experience.