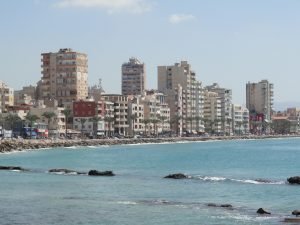 The city of Tyre is located mainly on a headland on the coast of Lebanon 20 km north of the Israeli border and 75 km south of the country’s capital, Beirut. The part of the city which is now the end of the headland was at one time an island separated from the mainland by a channel.

Tyre was an important part of the ancient Phoenician civilization. It was famous for its production of a purple dye made from murex shellfish which was highly prized in the ancient world. According to the myth of Europa, who was kidnapped by Zeus disguised as a bull, she was a Phoenician princess from Tyre.

When Alexander the Great arrived with his army in 332 BCE, the city decided to resist. Alexander built a causeway from the land out to the island, joining it to the mainland for the first time. After a long and costly siege, he succeeded in capturing the city. For their resistence and the loss of his own soldiers, Alexander massacred thousands of Tyre’s inhabitants and sold tens of thousands more into slavery.

Today the ruins of ancient Tyre can be found in several places in the city. In the east of the city, leading from the Saida-Tyre Highway, is an old Roman road lined with the tombs and sarcophagi of the city’s necropolis. 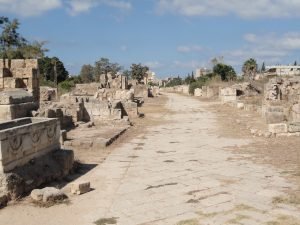 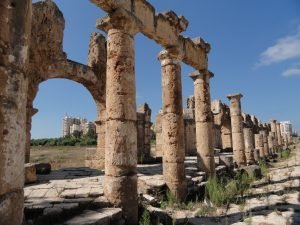 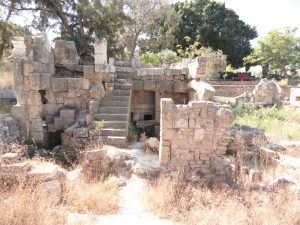 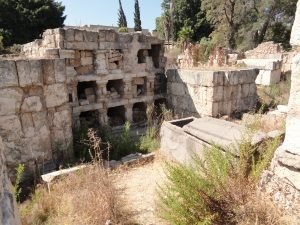 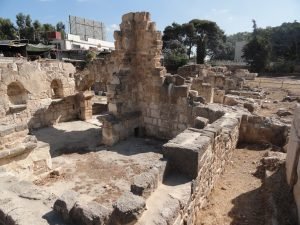 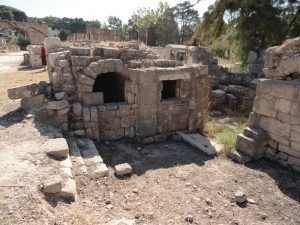 Towards the end of the road is the reconstructed Arch of Hadrian, and beyond that is an open field where the Roman hippodrome used to be. 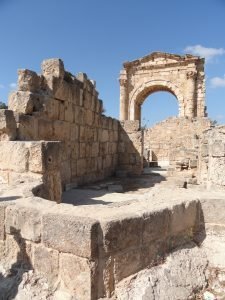 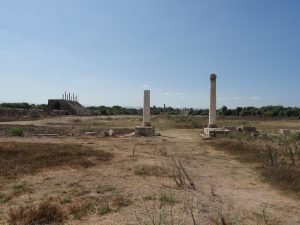 There is another area of ruins towards the end of the headland, which before Alexander was part of the island city. 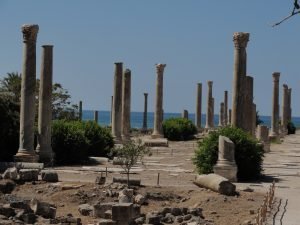 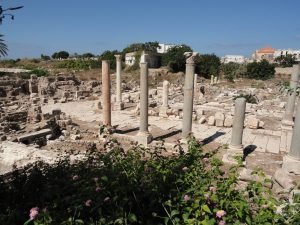 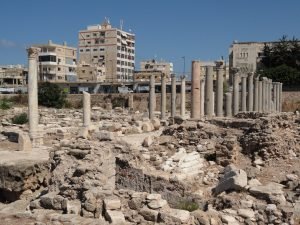 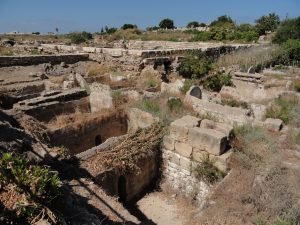 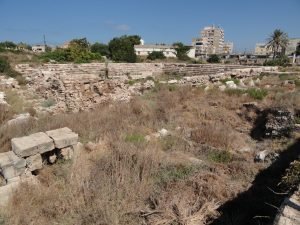 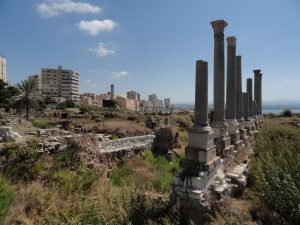 Tips for the Visitor
You can catch a bus to Tyre from the Cola intersection in Beirut. Alternatively, there are travel companies in Beirut which offer daytrips which will allow you to see both Tyre and the crusader castle at Sidon in the same day.