Tiryns is an archaeological site located in the Peloponnese in the modern village of Tirintha, just 3 km north of the city of Nafplio. It dates back to the Neolithic Era, but the ruins we see there today are of the Mycenaean palace complex built in the second millennium BCE. Tiryns was near other important Mycenaean cities. Argos was 8 km to the northwest and Mycenae was 15 km to the north. According to legend, the hero Hercules (Herakles) was given 12 labors to complete by Eurystheus, the king of Tiryns, although some ancient texts call him king of Argos.

In his Iliad, Homer called the place “high-walled Tiryns.” The walls at the site are an example of “cyclopean masonry,” due to the stories told in the past that those types of walls must have been built by the Cyclopes because no human was strong enough to lift the large stones which went into them. However, when the ancient Greek travel writer Pausanias visited Tiryns in the 2nd century CE, he reported that “nothing is left of the ruins except the wall.” That is still the case today. 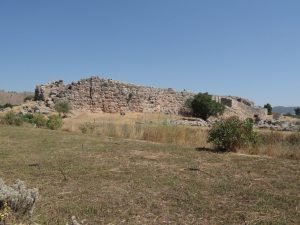 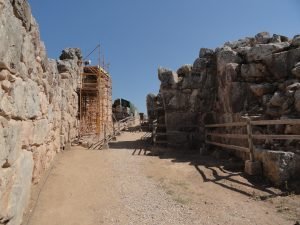 Like at Mycenae, there is also a tunnel here through one of the Cyclopean walls. 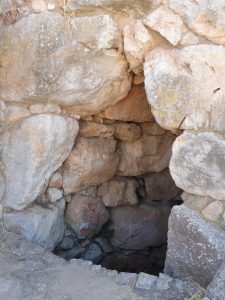 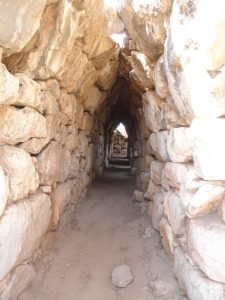 Within the walls, one can still see the foundations of some of the wall separating the rooms within the palace complex. The great hall (megaron) of the palace can also be identified from its wide floor space. According to legend, it was in this hall that Hercules brought the giant, wild Erymanthian Boar after completing his fourth labor by capturing it and bringing it to King Eurystheus, who was so scared of it that he jumped into a storage jar to hide from it. 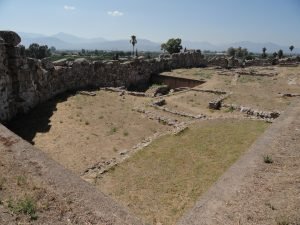 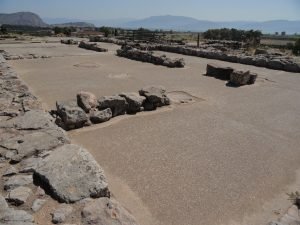 Some finds from the palace complex at Tiryns are on display at the National Archaeological Museum of Athens, including the base of the throne from the megaron and some wall paintings. There is also a model of the ruins. 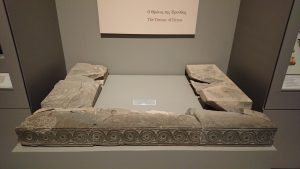 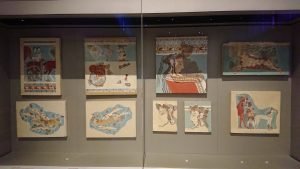 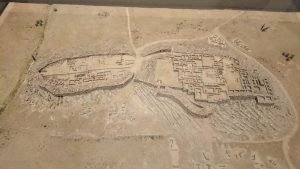 Tips for the Visitor
There are buses which run from Nafplio to Argos and ancient Mycenae to accommodate the day-tripping ambitions of the many tourists staying in Nafplio. Those buses will stop at the ruins of Tiryns just after leaving Nafplio or just before entering Nafplio. Alternatively, you could walk the 4 km from the center of Nafplio to the site.