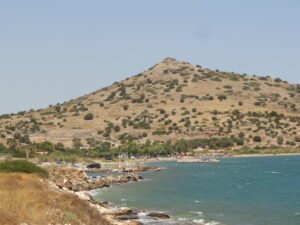 The southeastern end of the Greek region of Attica has long been known for its ancient sites of note. Most famous of all is Poseidon’s temple at Sounion, built on top of the promontory at the southern tip of the peninsula making up this part of Attica. Also well known are the famous silver mines of Laurion, just north of Sounion, which brought Athens great wealth in Classical antiquity. Often overlooked, however, are the impressive remains of the ancient city of Thorikos, located at the southern base of a pointy seaside hill less than 3 km north of the modern town of Lavrio and 10 km north of Sounion as the crow flies.

The earliest finds from the site date back the Early Helladic period (3rd millennium BCE), and there are several tombs built in Mycenaean times (2nd millennium BCE), so it seems people had been living there for quite some time before the more noticeable structures there today were later built. Although it is not nearly as old as the Mycenaean tombs, the theater is quite old for a theater. Its oldest parts were built in the 6th century BCE, which makes it (in its earliest form at least) pre-Classical. Complete with its 5th century extensions, it is still an impressive sight today. 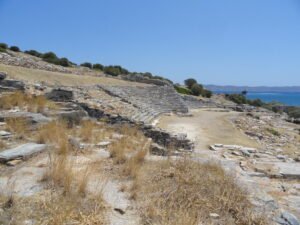 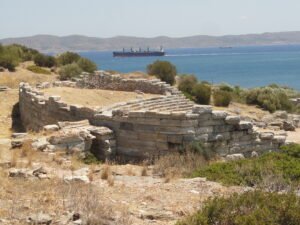 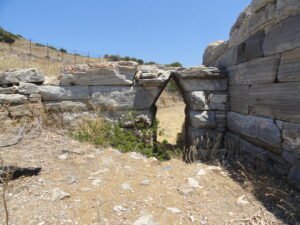 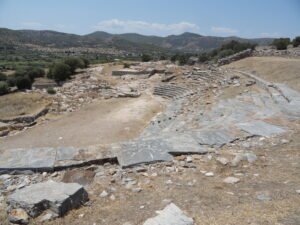 There are several more structures immediately in front of the theater, including a cemetery and a restored flat stone surrounded by drainage channels which was used in the washing of the metal ore excavated from the nearby mines of Laurion. 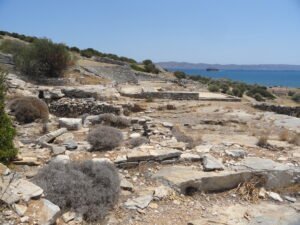 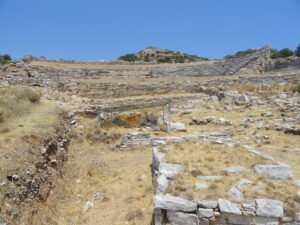 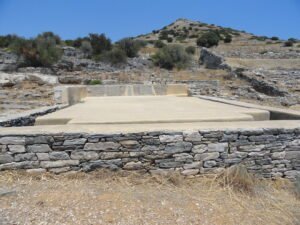 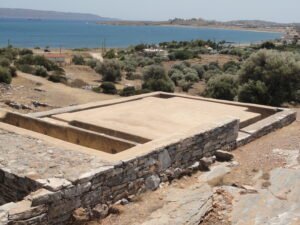 Two more nearly identical structures used in the washing of metal ore can be found in the industrial quarter just west of the theater. In ancient times, Thorikos was an industrial town closely connected with the mines of Laurion, and some of the metal ore excavated in the mines was processed here. 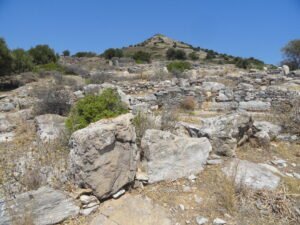 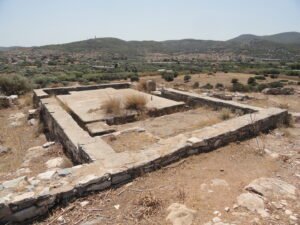 At the southern edge of the industrial quarter is what is left of a robust defensive tower. 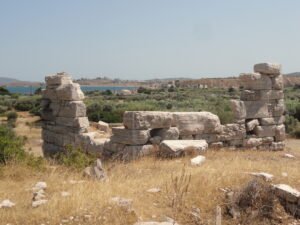 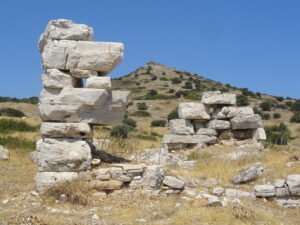 On the slopes of several sides of the pointy hill to the north can be found the remains of several tholos tombs. 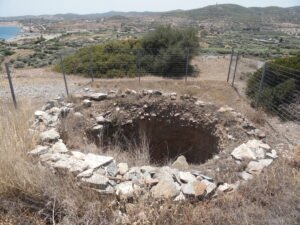 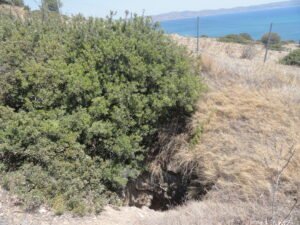 There are more ancient rockpiles at the very top of the hill, as well as some wonderful views of the site and its surroundings. 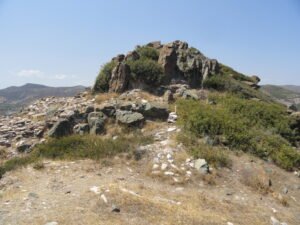 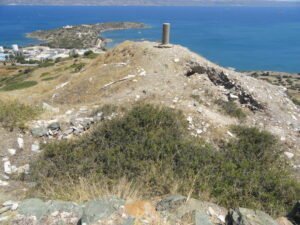 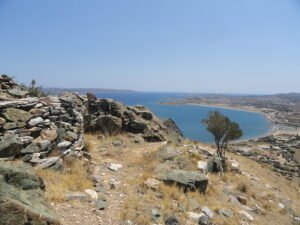 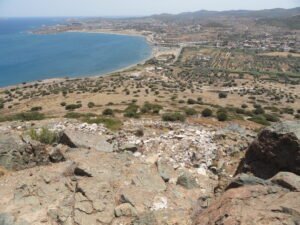 Tips for the Visitor
The modern port town of Lavrio is less than 3 km south of the ancient site of Thorikos. There are frequent buses to Lavrio from Athens, and the journey takes around 2 hours. You can also combine a visit to Thorikos with a visit to Sounion as there are also several daily buses which make the 20-minute trip between Sounion and Lavrio. Lavrio also has ferries heading to nearby islands such as Kea, which is one hour away.

Only the theater and its immediately adjacent structures are part of the fenced-in part of the site, which did not have an operating staffed counter or entry fee at the time of our visit, although we assume the gates are locked outside of opening hours. The rest of the site, including the hill and the industrial quarter, lie outside the fence and seem to be free to visit anytime. The tholos tombs are individually fenced and always off-limits, but it is easy to view and photograph them from outside their fences.