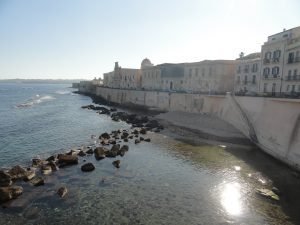 Syracuse has been an important city on the southeastern coast of Sicily since it was founded by Greek colonists from the town of Tenea (near Corinth) in the 8th century BCE, less than a decade before the colony at Catania was established 50 km further up the coast.

The original Greek city of Syrakusai was on what is now called the island of Ortigia, although it expanded to the mainland in later centuries. Being centered an island made defense of the city easier, which allowed it to become one of the major Greek city-states in the Mediterranean. However, it didn’t save the city from being captured in 212 BCE by the Romans, who called the city Syracusae.

The fall of Syracuse in 212 BCE also marked the end of the life of the city’s most famous resident, the scientist and engineer Archimedes (although the Roman army’s orders had been to capture him alive). His city had benefited from his inventions, many of which were designed to help protect the city. Although detailed accounts of his tomb have survived from antiquity (such as that of Cicero), its location is not presently known.

Over the millennia, the island of Ortigia has been heavily developed, so almost all of the ancient city there has been built over. A notable exception is the Temple of Apollo, just 100 meters from the two bridges connecting the island to the mainland. Also on Ortygia is the Fountain of Arethusa, which is a natural fresh-water fountain said by the ancient Greeks to be the place to which the water nymph Arethusa escaped from the spirit of the river Alpheius. 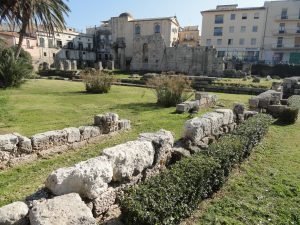 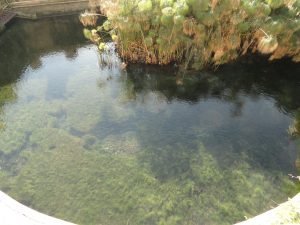 The main ruins are within the Neapolis Archaeological Park, which is located 1.5 km northwest of the bridges. There you will find the impressive Greek theater, built in the 5th century BCE. As the famous Attic playwright Aeschylus was for a time a resident at the court of Syracuse’s tyrant Hieron, he personally staged some of his plays in that theater. 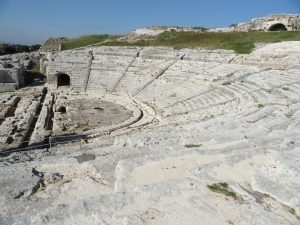 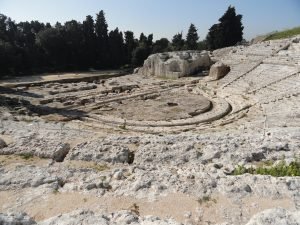 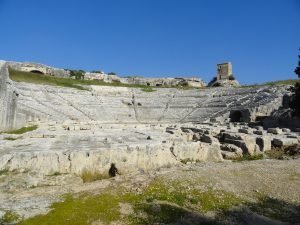 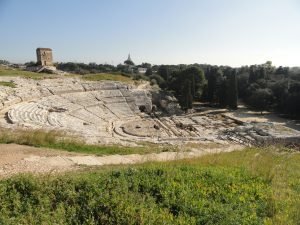 In the same archaeological park you can also see the remains of the Roman amphitheater, which dates to the 1st century CE. 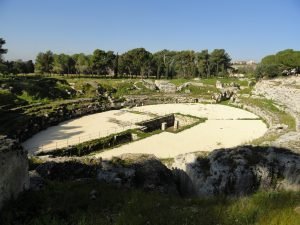 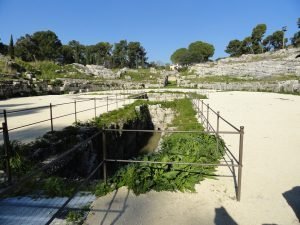 Between the two theaters is what is left of the massive Altar of Hieron II, built in the 3rd century BCE. 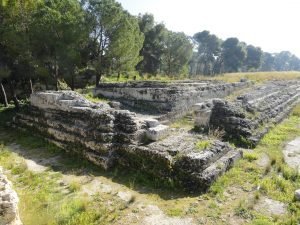 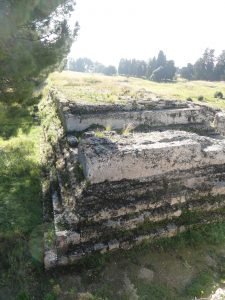 Along the northern edge of the archaeological park are the ancient quarries. 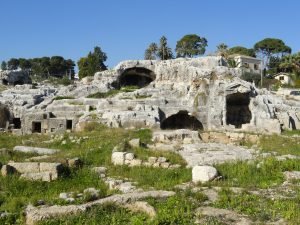 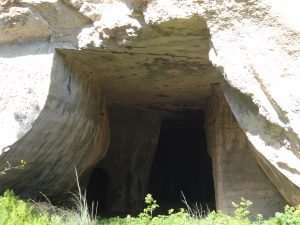 The largest of the quarries is the massive one which the Baroque artist Caravaggio called the “Ear of Dionysus.” The acoustics are incredible, but you will need a flashlight to get to the end of the curved tunnel. 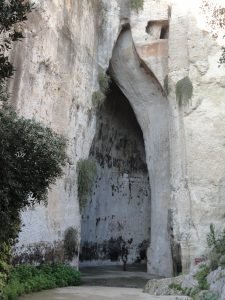 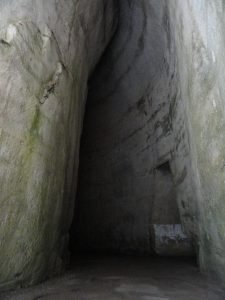 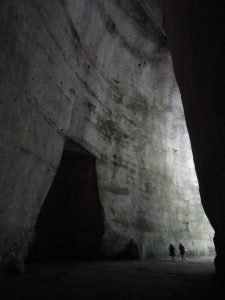 Tips for the Visitor
Syracuse is a large town with lots of connections to other towns and cities in Sicily, including Catania, which is a little over an hour away by train.