For centuries, the stone structures there have fascinated people who have contemplated and speculated as to how and why they were built. Indeed, Stonehenge has inspired people to come up with many theories on what the purpose of the site was–everything from mass grave to celestial observatory. Even today, the explanations put forth by experts as to how the site was used in ancient times are theories after all.

The earliest structure believed to have been built at the site was a circular ditch and an earthwork embankment dating to around 2950 BCE. Also added in the early stages were the possible ceremonial pathway (called “the avenue”) leading up to the circle from the northeast and the 56 postholes (called “Aubrey holes”) inside the circular ditch which are believed to have supported wooden posts. Around 2550 BCE is when Stonehenge started to take the form which is most recognizable today with the erection of the massive sarsen stones. Some were arranged upright in multiple rings with others resting horizontally on their tops, and two more were placed upright at the entrance. A few centuries later, the smaller “bluestones” were added to the site.

Today the stone circle is approached from the west. The path first takes the visitor to the spot where the avenue reaches the outer ditch, and it is here that you can see the “heel stone,” a large sarsen stone nearly 5 meters tall in the middle of the avenue. It was here that the attendees of the activities held here in ancient times entered the site. Therefore, it was probably the view from this direction which was the most iconic of the stone circle to the ancient Britons who visited. 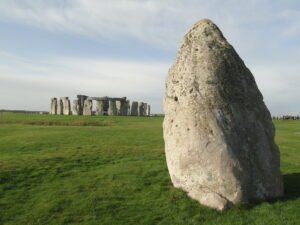 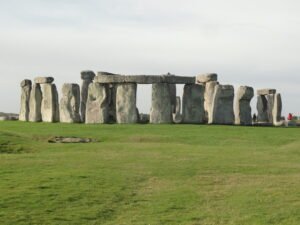 The path then loops outside the outer ditch heading along the east and south sides of the site. From this path, you can admire the views of the site across the grassy plain and examine the ditch, the markers which show the position of the “Aubrey holes,” and other small stones (“station stones”) just on the other side of the ditch. Southwest of the circle, the path crosses the ditch and allows you a much more close-up view of the massive stone structures in the center of the site as you pass its western side. 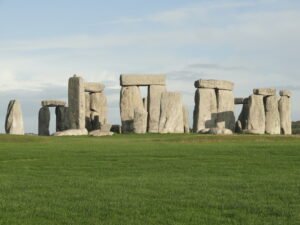 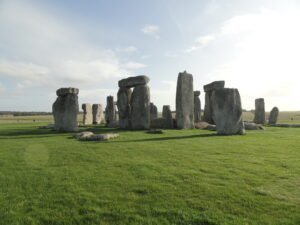 Back at the visitor’s center, there are numerous exhibits of interest. Outside the building are some reconstructions of dwellings demonstrating how the people who built Stonehenge lived. 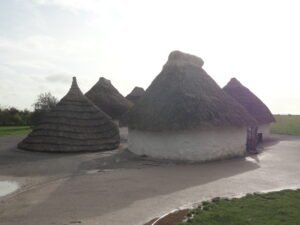 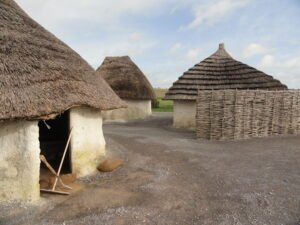 Visitors can also try their hand at pulling a life-sized sarsen stone which has been prepared for transport to give people an idea of what a monumental task it was for the builders of Stonehenge just to transport the stones across the plain, never mind pushing them upright or lifting them on top of others. 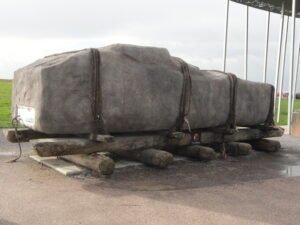 Inside the visitor’s center is a small museum which displays exhibits related to the construction of the site as well as the people who built it.

The site is managed by English Heritage, so if you’re a member you can save yourself £19, which is the price of a single adult admission ticket booked online (walk-up price is £21.10). There are also lower-priced tickets for children, students, seniors, and families.