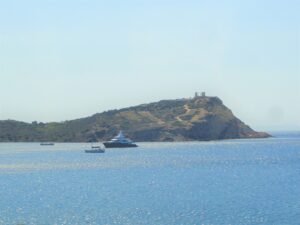 The southern tip of the Greek region of Attica has for millennia been rounded by mariners traveling from various sites in the Aegean to the ports of the Saronic Gulf (such as Piraeus) and vice versa. It is thus perhaps no surprise that it would be chosen as the location of a sanctuary dedicated to the god of the sea. Indeed, the temple there dedicated to Poseidon in one of the most famous and iconic temples in Greece, but the archaeological site of Sounion has even more to offer than just the temple.

The site is located 45 km southeast of Athens as the crow flies, and for much of its history it has been closely connected to and controlled by the city of Athens. However, there was a settlement there in prehistoric times. It is not known when it first became a sacred place, but the first mention of it as a sanctuary was made in Homer’s Odyssey, which dates to the 8th century BCE. In fact, in Homer’s tale it was at Sounion that Menelaus’s pilot, Phrontis, was killed by the god Apollo and buried during the Spartan king’s journey home after the Trojan War.

Although there were earlier versions of it, the Temple of Poseidon whose ruins are seen today was built in the 440s BCE during the same period of Athenian history in which the city under Pericles engaged in a range of building projects funded by the abundant silver being mined by slaves in the area of Laurion, just north of Sounion. It was built near the edge of a bluff overlooking the sea. 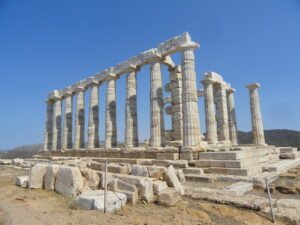 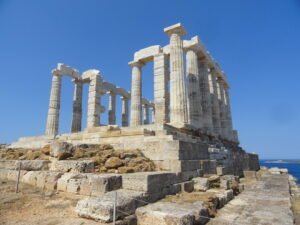 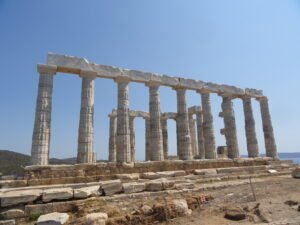 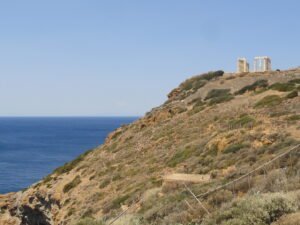 The two four-sided columns on the eastern facade of the temple bear the inscribed names of dozens of antiquarians and other travelers who left their mark on the site back in the days when that was considered acceptable. The most famous name among them is that of Lord Byron, the English Romantic poet who mentioned Sounion in several of his works and died in Greece in 1824, who apparently carved “Byron” at the lower edge of the east side of the second block from the bottom on the right four-sided column. 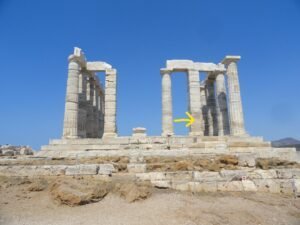 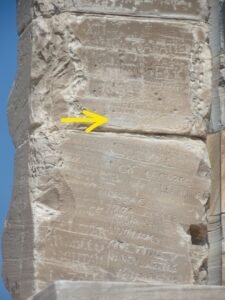 Just north of the temple are the bases of some other structures associated with the sanctuary, including some stoa and the propylon, through which visitors would have entered the sanctuary. 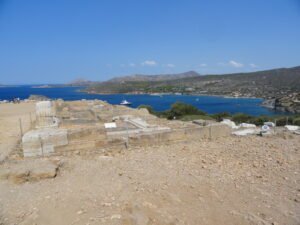 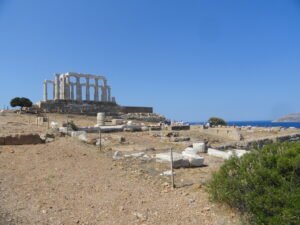 Poseidon, however, was not the only deity worshiped at Sounion. There was also a sanctuary dedicated to the goddess Athena, although only a vague rockpile is left of it. You can find it 350 meters northeast of Poseidon’s temple, on the other side of the lower parking lot. Here there was a temple dedicated to Athena Sounias as well as another smaller temple just to the northeast of it. 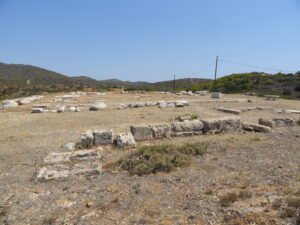 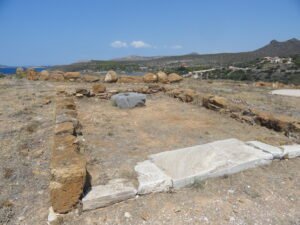 Just to the northwest of the Temple of Athena was a heroon believed to be associated with the memory of Phrontis, Menelaus’s unlucky pilot. This space predates the sanctuary of Athena. 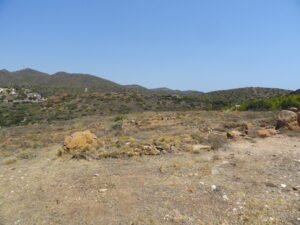 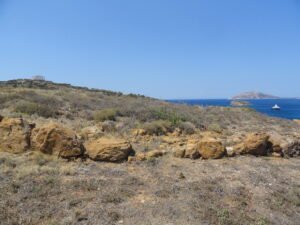 In addition to being a place of worship, there was also a settlement at Sounion through much of its history. Many of the residents there were former slaves who had worked the silver mines at Laurion, while others were merchants and traders. There were also soldiers of the garrison stationed there. Some houses along a main street dating to the Hellenistic period have been excavated and can be viewed just to the northwest of the Temple of Poseidon. 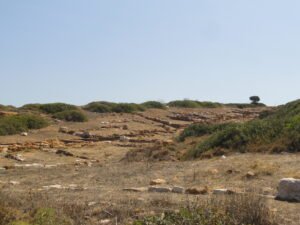 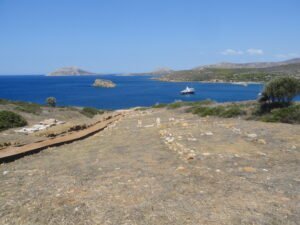 The soldiers garrisoned at Sounion were manning the fortress there. The Athenians recognized the strategic important of controlling this promontory, and thus the fortress was an important part of Athens’s military positions during armed conflicts with the Spartans (5th century BCE) and Macedonians (4th and 3rd centuries BCE). The most visible remnants of the fortress are the fortification walls that can be found in many places around the site. 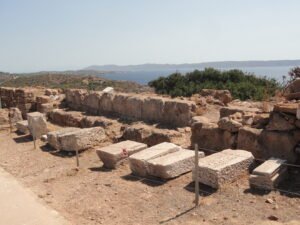 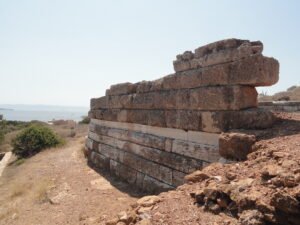 In addition to the walls, the fortress also featured ship sheds for a small number of warships. These can be found at the bottom of the hill just northwest of the Hellenistic houses. 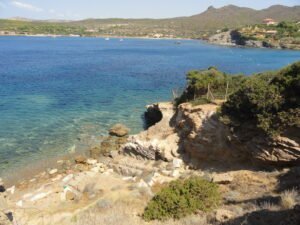 There is no museum at the site, but there are some impressive finds from Sounion that can be viewed at the National Archaeological Museum of Athens, such as (pictured below) two kouroi found near the Temple of Poseidon (c. 600 BCE) and a relief sculpture of a man crowning himself found near the sanctuary of Athena (c. 460 BCE), although the metal crown which would have been fitted in the holes is missing. 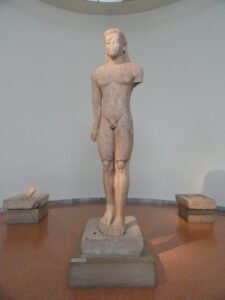 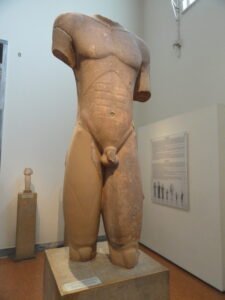 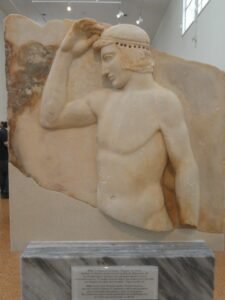 Tips for the Visitor
There are several buses a day to Sounion (the modern name is Sounio) which leave from the KTEL bus terminal near the Viktoria metro station in Athens. The journey each way takes about two hours and costs 6.30 EUR. The buses also stop at several designated KTEL stops in the southern outskirts of Athens on the way out of the city, so it may be more convenient for you to embark at one of them if you are staying in one of those areas. However, note that this requires you to recognize and flag down the bus as it passes because the drivers will usually not stop if they don’t think anyone is trying to embark. If you are feeling unsure about your ability to do this, it’s recommended you get the bus from the starting point.

Entrance to the site costs 10 EUR.

There is no town very near to the site — just resorts and beaches. Next to the site there is a small restaurant for meals, snacks, and drinks, as well as a couple of gift shops. There are also two parking lots for those who have their own vehicles.

Not a lot of time is required to appreciate the sites of Sounion, so if you are looking to double up on archaeological sites that day, the ruins of the ancient city of Thorikos are only a 12-km drive up the east coast of Attica. To get there by bus, take the KTEL bus from Sounion to Lavrio (about 20 minutes), and from there it’s a short cab ride or a long walk north to the site. Afterwards, you can get a bus from Lavrio back to Athens.