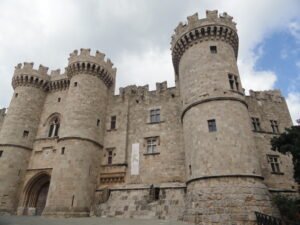 The main city on the Greek island of Rhodes is located at its northeast end. Most of the main historical attractions there can be found within the walled old town next to the harbor. It was the domain of the Knights of St. John (also known as the Knights Hospitaller) during the 14th and 15th centuries, and many of the medieval buildings that make the old town so picturesque date from that time.

The city also has an older legacy. Although it is not as old as the other ancient cities of the island–Ialysos, Kamiros, and Lindos–it dates back to the end of the 5th century BCE and was built using the grid plan that many other cities built in the same period had.

The most famous structure there was of course the Colossus of Rhodes, a massive statue built in the beginning of the 3rd century BCE after the city survived a siege by the Cypriots. Although it was toppled by an earthquake less than a century after it was built, it is counted as one of the Seven Wonders of the Ancient World. The former location of the Colossus is debated. Artists depictions over the centuries have commonly imagined the statue as standing right at the mouth of the harbor, but this now seems unlikely.

Some of the traces of the ancient city can be found within the walls of the old town. Upon entering the old town through the Freedom Gate near the harbor, you are almost immediately confronted with the ruins of a 3rd-century-BCE temple dedicated to Aphrodite. 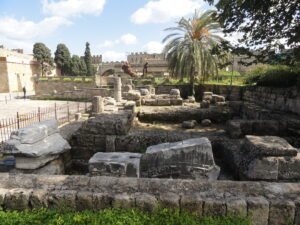 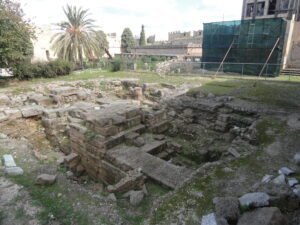 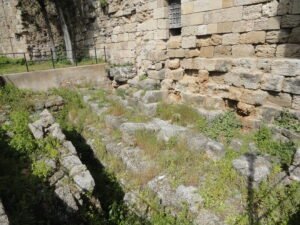 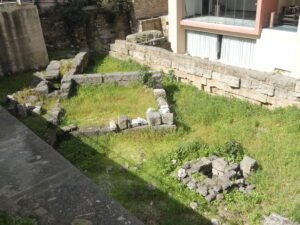 Also, some traces of the sea walls can be seen at the eastern end of the old town. 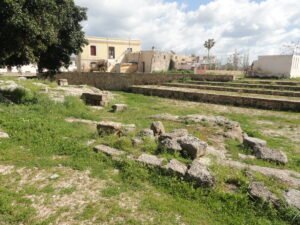 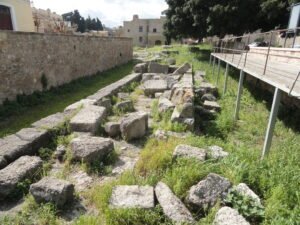 The ruins of ancient houses can be found in otherwise vacant lots among the modern ones in the neighborhood that separates the old town and the ancient acropolis. 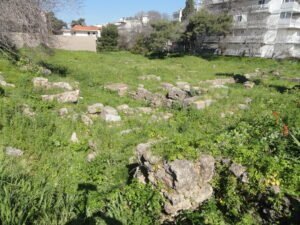 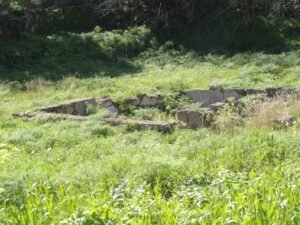 The best-preserved ruins of the Classical city can be admired on and next to what was the acropolis of the city, which is 1 km west of the walled town. The most monumental structure is what is left of the Temple of Apollo. 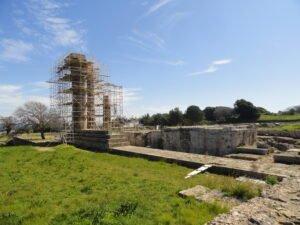 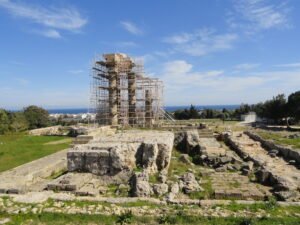 At the base of the acropolis on its eastern side, just below the Temple of Apollo, are the well-preserved odeon and stadium, both of which are connected to a large public park. 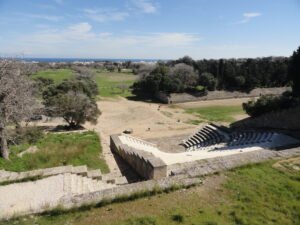 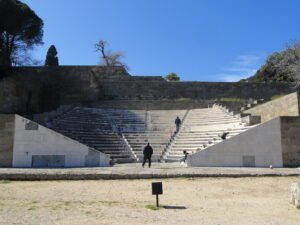 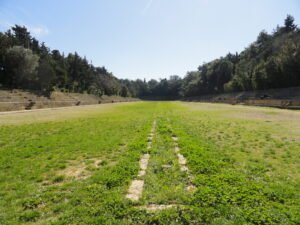 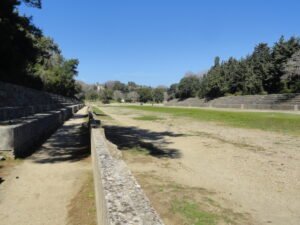 Further north on the acropolis are the ruins of walled cave sanctuaries which were revered as the sacred abodes of nymphs. Some of these are quite deep and elaborate. 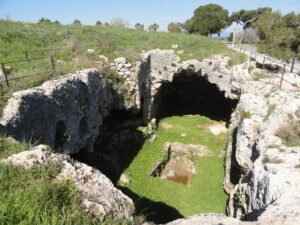 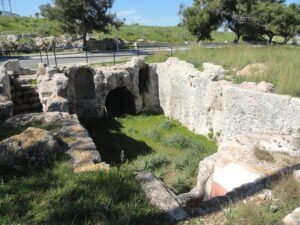 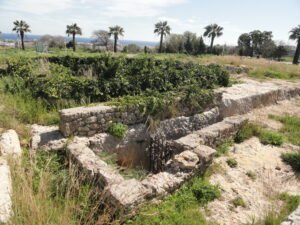 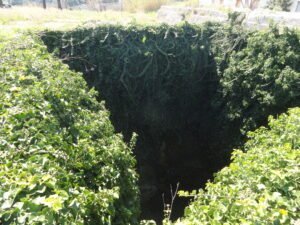 At the north end of the acropolis is a toppled column amid the rockpile ruins of the Temple of Zeus Polieus and Athena Polias. There are also some breathtaking views of the city, sea, and rugged Turkish coast on the other side of the strait. 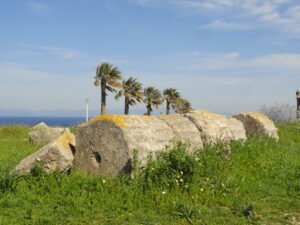 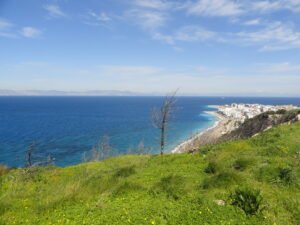 Back in the old town, there is an archaeological museum displaying discoveries from around the island. What is particularly special about this museum is that the building it occupies is a large, well-preserved 15th-century former hospital of the Knights of St. John. 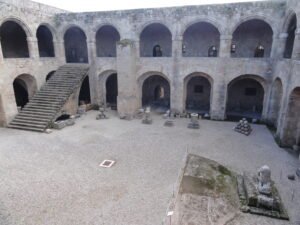 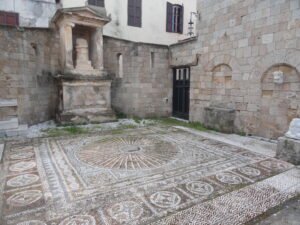 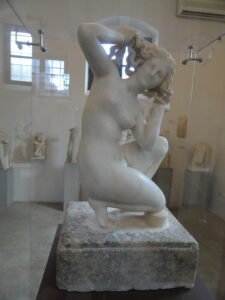 Tips for the Visitor
Rhodes can be reached by ferry or by plane from Athens, but it is actually much closer to Turkey than to the mainland of Greece. Ferries that run between Rhodes harbor and the Turkish city of Marmaris take only an hour each way, making Rhodes a popular day-trip option for vacationers in Marmaris. A ferry to Athens, on the other hand, will take at least 12 hours.

The ancient ruins in the city of Rhodes described in this article are not gated and thus have no opening hours or admission fees. They can be visited any time of day.

If you have some extra time on the island and want to see more classical ruins, be sure to head south and visit the acropolis at Lindos.