The archaeological site of Phaistos is located near the southern coast of the Greek island of Crete just 2 km southeast of the site of Ayia Triada.

Like Ayia Triada, Phaistos was a Bronze Age Minoan town centered around a palace complex. It was the second largest Minoan palace complex on Crete after Knossos, which was 42 km to the northeast. The site was settled in the Neolithic Era, and the palace complex was first built around 2000 BCE. The palace and town were destroyed by earthquakes and other disasters more than once during the Bronze Age.

Phaistos became part of the early-Greek Mycenaean civilization when the Mycenaeans appeared on Crete in the middle of the second millennium BCE. In the Iliad, Homer mentions Phaistos as being one of the “hundred cities of Crete” led by Idomeneus that participated in the war against the Trojans. 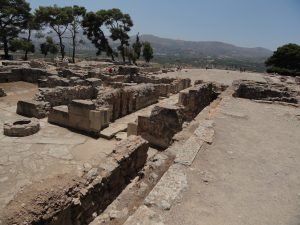 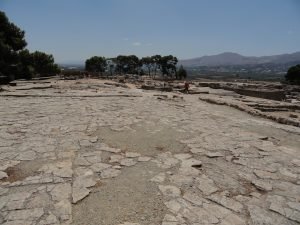 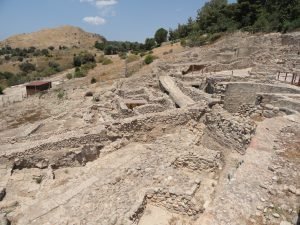 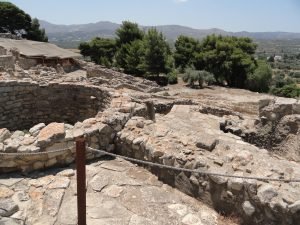 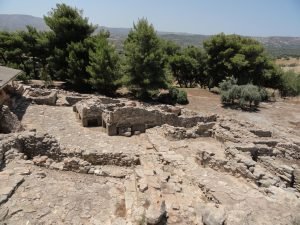 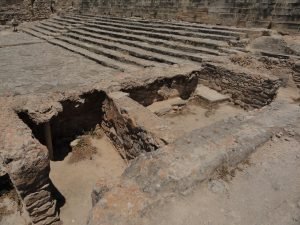 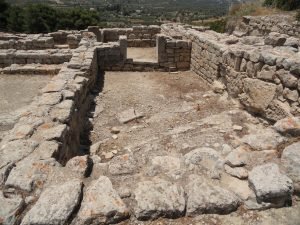 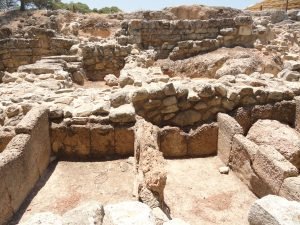 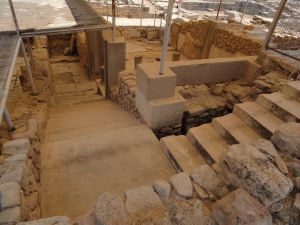 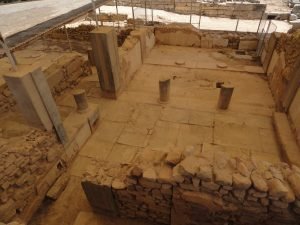 The most famous artifact found at the site is the Phaistos disc. It is a ceramic disc inscribed with spiral hieroglyphic inscriptions on both sides. Many “translations” have been suggested over the years, but to date no commonly accepted translation has been made. It was found in a room in the palace (pictured below left) in 1908 and is currently on display at the National Archaeological Museum of Heraklion. 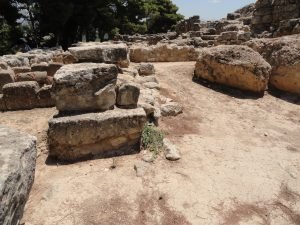 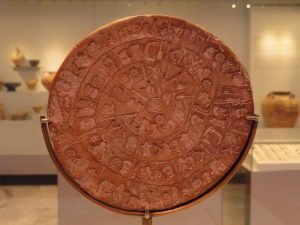 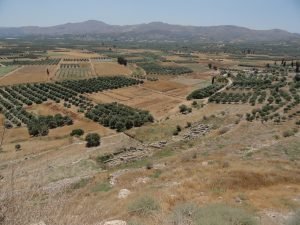 As the site is on high ground, there are some nice views of the surrounding countryside to be had there.

Tips for the Visitor
There are frequent buses to Phaistos from the Cretan capital of Heraklion. The journey takes about an hour each way.