The Turkish town of Iznik is located in Bursa province on the eastern shore of Lake Iznik just a two-hour drive southeast of Istanbul. Today the city is most well-known in Turkey for the decorative ceramic pottery and tiling industry that flourished there in the 16th and 17th centuries. In Byzantine times, the town was called Nicaea. It was that town that the Byzantine emperors made their capital after the loss of Constantinople in 1204 to the wayward Western Christian armies of the Fourth Crusade.

The town had been founded in the early Hellenistic period, and as a Roman town it was the hometown of the historian Cassius Dio.

But Nicaea’s most significant legacy was probably the role it played in early Christianity. The First Ecumenical Council of Nicaea took place there in 325. Constantine I, the Roman Empire’s first Christian emperor, called for the ecumenical council in order for the leaders of various Christian communities from all around the empire to reach an agreement on what Christianity is and what Christians believe. The 300 or so attendees included St. Nicholas and St. Spiridon, who at the time were the Bishops of Myra and Trimythous, respectively. Many important decisions were made which would have lasting effects on Christian doctrine, such as the rejection of Arianism (the belief that Christ himself was not God). The decisions were codified by the council in their drafting of the original version of the Nicene Creed.

Iznik today is a farming town. You can often see tractors sharing the streets with cars, and the surrounding countryside is lush and green. There is also a lot of history to be seen there. Most of the old city walls are still standing. 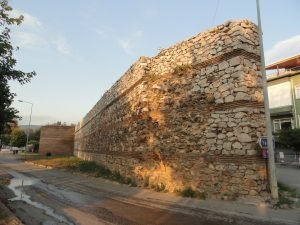 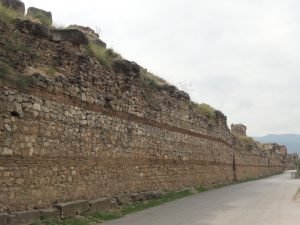 Many of the city’s old gates dotting the city walls surrounding the city are still recognizable. 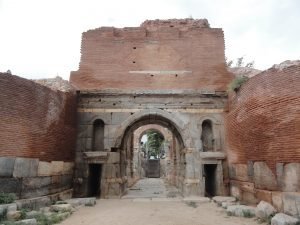 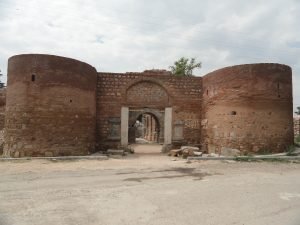 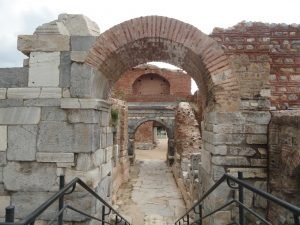 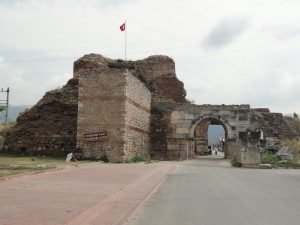 Within the walls, here and there a visitor will come across the ruins of an old church, or this 6th-century baptisterium. 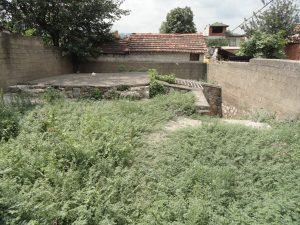 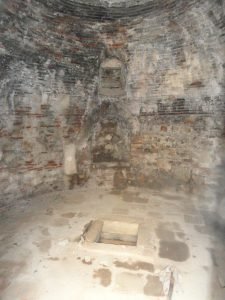 The best-looking building, thanks to extensive recent restoration, is the Church of the Hagia Sophia (“Holy Wisdom”). Built by the Emperor Justinian (the same emperor who built the much grander church of the same name in Constantinople) in the 6th century, it later was used as a mosque from 1337 to 1935, as a museum from 1935 to 2011, and now as a mosque once again since 2011. 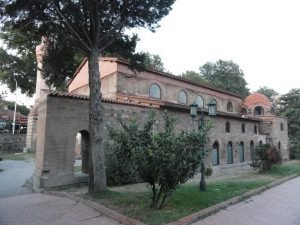 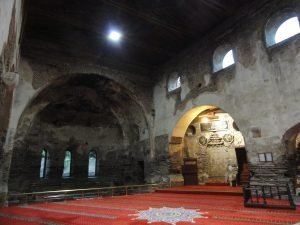 Tips for the Visitor
Iznik is not a big transportation hub. However, there are one or two bus companies that have infrequent direct bus services from Istanbul. It is much easier to get to Iznik from Bursa, from which there are very regular minibus services throughout the day.