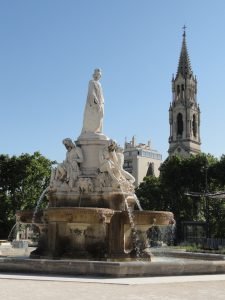 The city of Nîmes is located in the south of France 40 km southwest of Avignon and 100 km northwest of the port city of Marseille. The spot on which the city was built has been a settlement since prehistoric times and was an important settlement for the Celtic people who dominated the region until the Romans conquered the region around the 2nd century BCE.

The Romans established a city at Nîmes, which they called Nemausus. At about the same time, they captured another Gallic city 50 km to southeast and called it Arelate (modern Arles). In either the 1st century BCE or CE, an impressive aquaduct was built to serve Nemausus, and one section of its 20 km–a monument known as Pont du Gard–has survived in a spectacular state of preservation.

There are several well-preserved Roman buildings in the center of Nîmes as well. Among them is a building which today goes by the name Maison Carrée (“Square House”), which was a temple built at the beginning of the 1st century CE in memory of two grandsons of the Emperor Augustus. Thanks to a highly successful restoration project, it is in such good condition that it almost looks like it is a modern recreation. 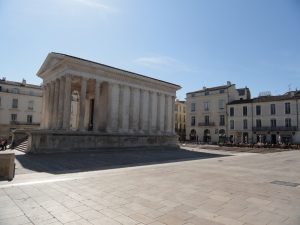 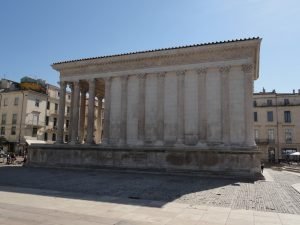 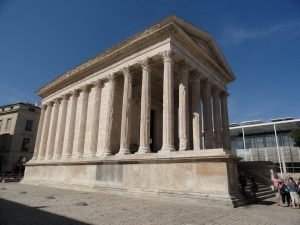 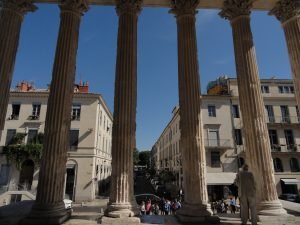 Also impressive is the city’s amphitheater, also built in the 1st century. 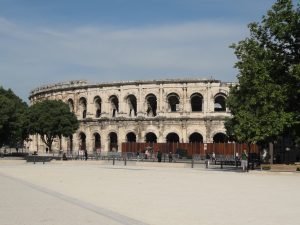 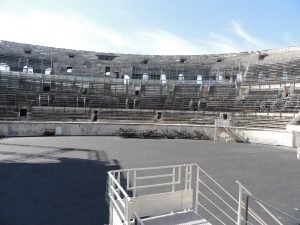 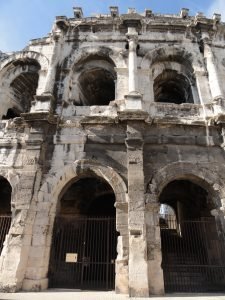 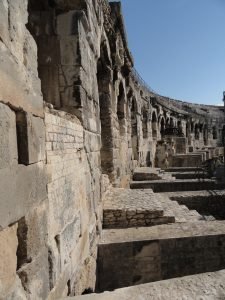 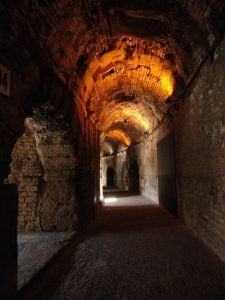 At the northern edge of the city is a hill, on top of which stands the ruins of an old Roman defensive tower. Today it is called the Tour Magne (“Great Tower”) and serves as a small museum which offers panoramic views of the city and surrounding countryside from the top. 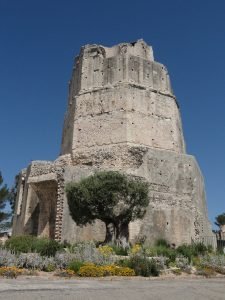 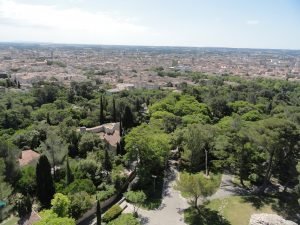 Tips for the Visitor
There are direct trains to Nîmes from Marseille (about an hour), Avignon (about 30 minutes), and Arles (about 20 minutes).