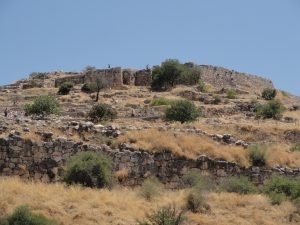 Mycenae was one of the most important city-states of mainland Greece during the Bronze Age, and the name we use today to refer to the civilization which thrived there at that time–the Mycenaeans–is derived from the name of that city. According to legend, as recounted in Homer’s Iliad, it was Mycenae’s King Agamemnon who led the Greeks in their war against the Trojans.

The best place to enter the site is through the famous Lion Gate at the western end of the site. 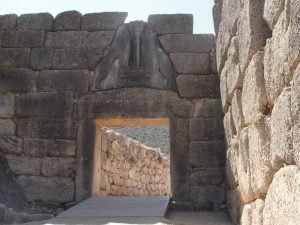 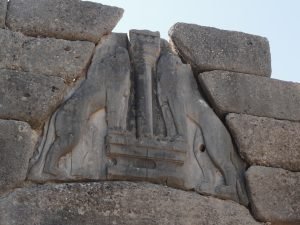 Within the walls are the ruins of the palace complex. 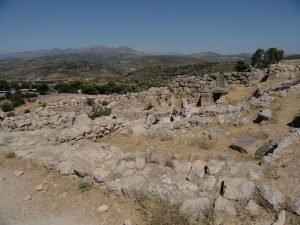 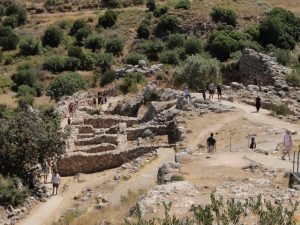 Cyclopean architecture similar to that seen at Tiryns can be seen in the masonry at Mycenae. 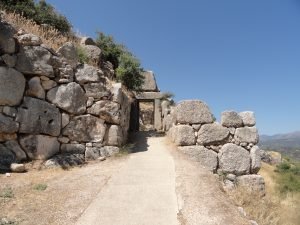 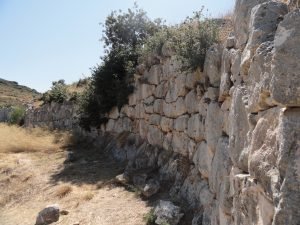 There are also some beautiful views of the surrounding countryside from the upper parts of the complex. 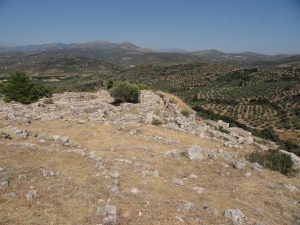 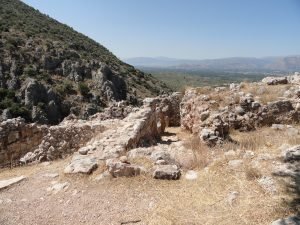 There are many important things to see outside the walls as well. The most important of these are the grave shafts which were found by the German archaeologist Heinrich Schliemann (most famous for discovering Troy) in what is now labeled Grave Circle A. The grave circle is pictured here (below left) along with another set of shaft graves which is now called Grave Circle B (below right). 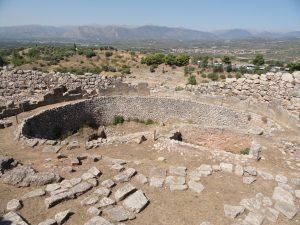 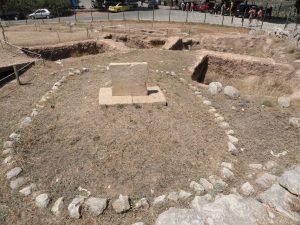 Also outside the walls is the more visually impressive tomb known as the Treasury of Atreus. It is believed to be the tomb of an unidentified ruler of Mycenae. 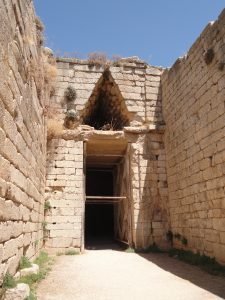 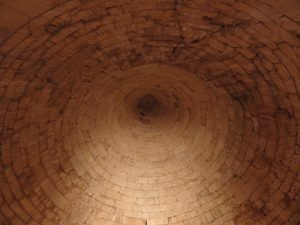 There are other tholos-style tombs at the site, although unlike the Treasury of Atreus, they no longer have intact roofs. 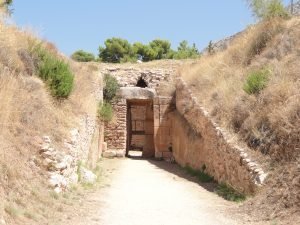 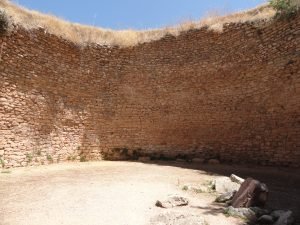 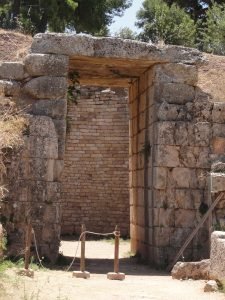 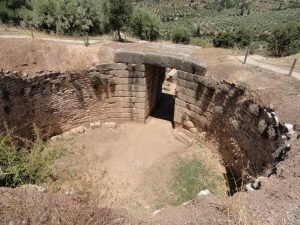 There is a small on-site museum displaying some of the artifacts found there. 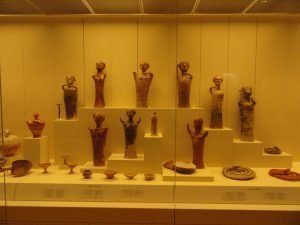 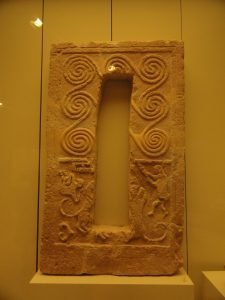 More artifacts found at Mycenae can be viewed at the National Archaeological Museum of Athens. These include the bas reliefs and gold death masks found in the grave shafts. 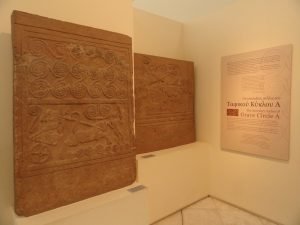 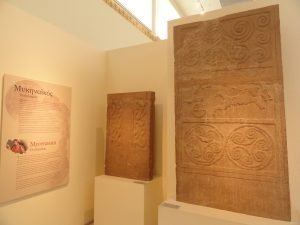 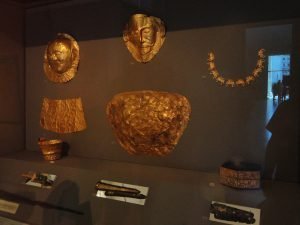 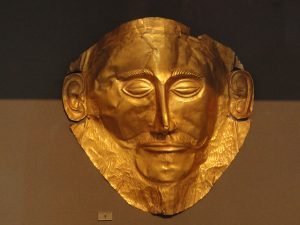 Tips for the Visitor
There are frequent buses to the site from Nafplio. From there, a day trip to Mycenae can be combined with visits to ancient Argos and Tiryns if you set out early.