Miletus was one of the most important cities of the ancient Greek world. It was originally settled in prehistoric times, and the city was a key city in Mycenaean (Late Bronze Age) times as well as in the classical period. 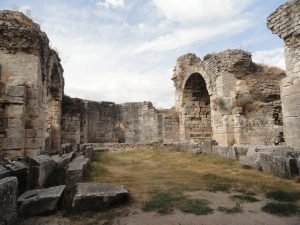 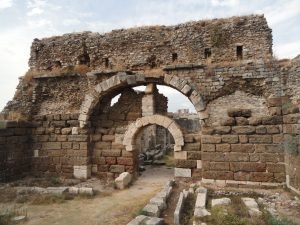 Miletus has left its mark on intellectual history with the emergence of a strain of philosophy now known as the Milesian school of thought. It was based on the ideas of three sixth-century philosophers—Thales, Anaximander, and Anaximenes—all of whom were from Miletus. The Milesian school marked the beginning of ancient Greek philosophy. 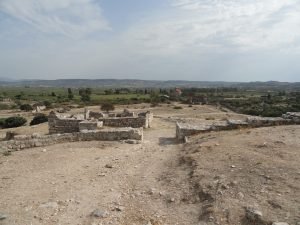 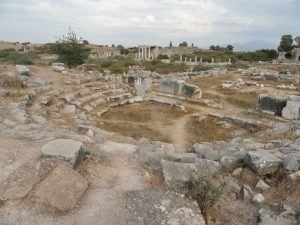 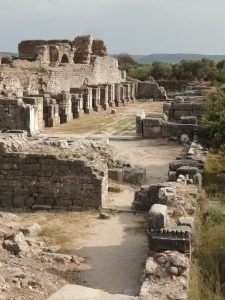 The comparison of the city’s present geography and past geography shows us something interesting about the city. In ancient times, it was a coastal city situated on a small peninsula jutting out into an arm of the Aegean Sea, across which—on the opposite shore 15 km to the north—the ancient city of Priene was located. Over the centuries, the Meander River brought more and more sediment which turned that arm of the sea into a plain. When Miletus’s many harbors silted up, the city went into decline.

Before losing its coast, the city had recovered from catastrophe. At the beginning of the 5th century BCE, Miletus played the leading role in the Ionian Revolt, in which the Greek city-states in Asia Minor and Cyprus rose up against Persian rule. After six years of fighting against the rebels, the Persian King Darius I succeeded in stamping out the rebellion and decided to make an example of Miletus. The city was completely destroyed. The fact that it was able to rebuild and continue to be a key city in Ionia after such a calamity is perhaps a testament to how important the city was to the region as well as to the Greek world. Alexander the Great took the city in 334 BCE just before laying siege to Halicarnassus (less than 100 km to the south).

Despite its immense importance in the past, the structures of the cities have not aged well. The only mainly intact building is the ancient theater. 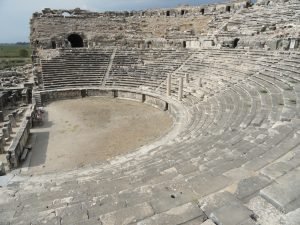 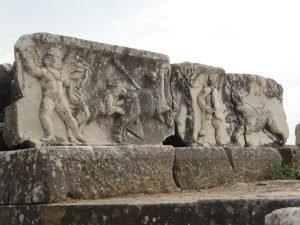 The city had a sacred way leading south to the important temple and oracle of Apollo at Didyma 16 km to the south. Part of the stoa at the beginning of that route can be seen today. 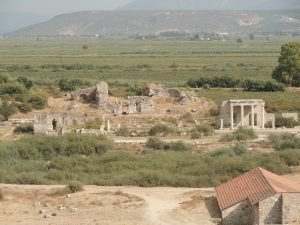 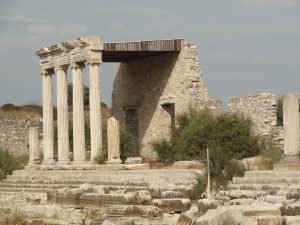 Tips for the Visitor
Getting to Miletus is not easy nowadays. On our first visit to the area coming from Kuşadası in the summer of 2000, there were frequent minibuses running south from Söke servicing Priene, Miletus, and Didyma. However, upon our second visit in 2015, that was no longer the case, although you may want to ask around for the present situation. There are now comfortable, air-conditioned buses running from Söke to Didim (Didyma) which will stop in the village of Akköy. From Akköy, it’s another 5 km north to Miletus on a different country highway which seems to officially have minibuses, but they do not run with any regularity. If you don’t mind an hour’s hike, it is walkable. When you are finished at the site, you can head back to Akköy and catch a northbound bus back to Söke, and from there a minibus to Kuşadası.