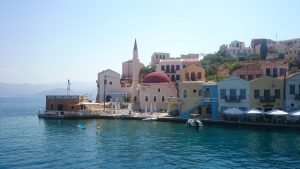 The island is officially called Megisti (meaning “largest”), as it is the largest of the Greek islands off the Lycian coast. It was also called Megisti in ancient times. However, since Medieval times, it has been known most commonly as Kastellorizo after the small medieval castle which still stands on its northern shore.

The main town is a sleepy harbor town. The harbor is a pleasant place to have a leisurely lunch spotting the sea turtles coming up for air. 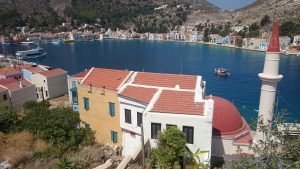 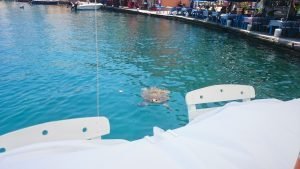 What is of archaeological interest here are some Lycian rock tombs like the ones that can be seen across the channel on the Lycian coast in nearby places like Antiphellus and Myra. They can be found cut into the cliff along the same stretch of coast where the castle is located, just outside the mouth of the harbor. 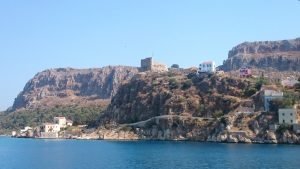 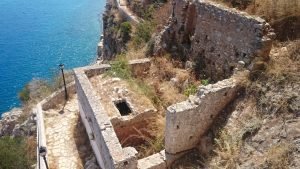 The walk along the path at the bottom of the hill under the castle is very scenic, and the view from the castle above is even more so. 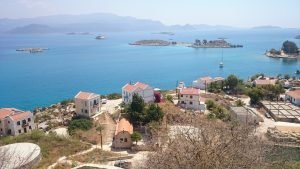 There is a small archaeological museum near the tombs as well. 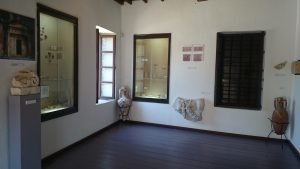 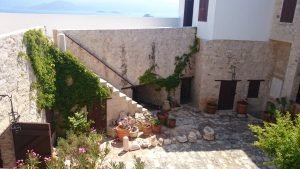 Tips for the Visitor
The island is considered remote from the Greek perspective but has flights to Athens and ferry service to Rhodes. There are also ferries which make the 20-minute journey between Kastellorizo and the Turkish town of Kaş both in the morning and in the evening, so you can visit the island as a day-trip if you are staying in Kaş.