It was within those natural boundaries that the famous Battle of Marathon took place there in 490 BCE. In an attempt to punish Athens for its participation in a recent revolt on the west coast of Asia Minor, the Persians landed around 25,000 troops on the beach at Marathon, where they were confronted by 10,000 armed Greeks from Athens and another 1,000 from Plataea. Without any naval support and outnumbered by more than 2 to 1, the Greeks charged the larger Persian force and forced their lines into disarray. As their ships were still on the beach, the Persians at some point made a run for them. Many escaped in their ships, but many also drowned after dashing into the nearby wetlands.

After the battle was over, the Athenians sent Philippides (referred to by some as Pheidippides) to run the 42 kilometers (26 miles) to the agora in Athens to bring the news to their worried fellow citizens that the city was safe as the Persian invaders had been defeated. As the story goes, he collapsed and died immediately after delivering the message.

An account of the battle is given by Herodotus in his Histories, as are the casualty counts: 6,400 Persians, 192 Athenians, and 11 Plataeans were killed in the battle. The 192 Athenians were cremated and buried in a mound which was raised on a spot on the plain in which it was said the battle had been most intense. Rediscovered and excavated in the late 19th century, the Tumulus of the Athenians can be visited. A grove of trees has been planted around it, and this small part of the plain is the only part of the ancient battlefield which has been preserved and protected to commemorate the event. 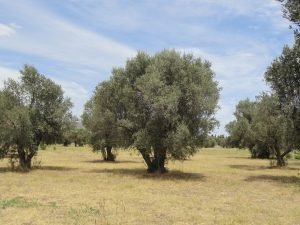 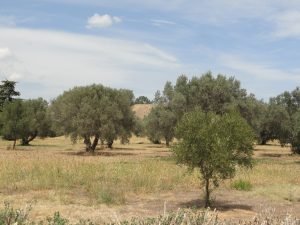 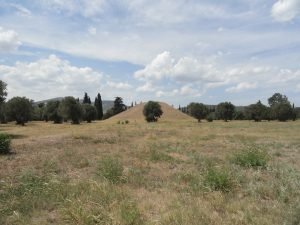 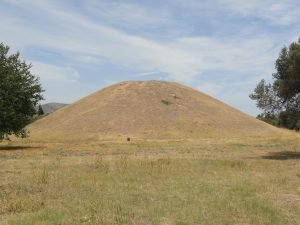 Standing guard at the west end of the parking lot in front of the entrance to the grove is a modern statue of Miltiades, the Athenian general who commanded the Greek forces in the battle. There is also a modern stele within the grounds of the grove, which bears a close resemblance to the Stele of Aristion found 15 km to the south at Velanideza. Also in the grove is a model of the plain to give the visitor a better sense of the geographical features of the area as well as show where the various archaeological sites in the area are located. 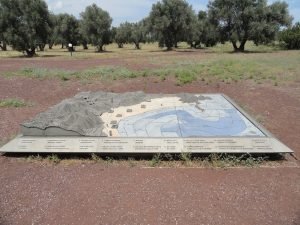 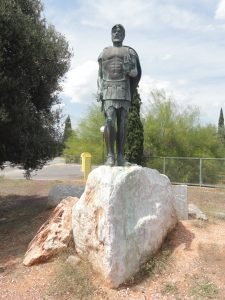 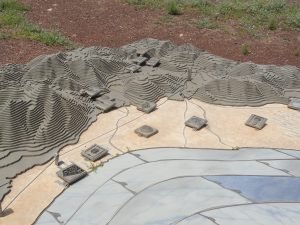 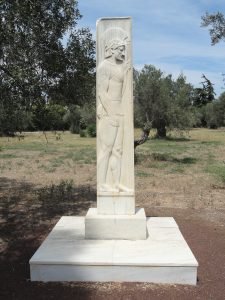 As was customary in the ancient Greek world, the victors of the battle erected a column (which they called a “trophy”) to commemorate their victory. Only a few pieces of the original have survived, but a modern replacement can be seen at the northeastern end of the plain a little over 3 km northeast of the tumulus.

Much of the rest of the plain has been built over. There are many houses and small farms in the area, and the beach where the Persians landed–which is quite nice–is lined with beach clubs and some hotels. 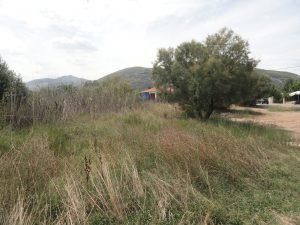 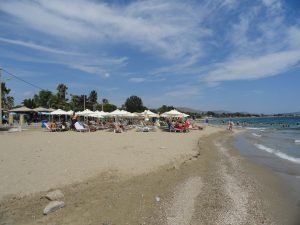 At the southern end of the plain–1.6 km south of the tumulus–stands the Sanctuary of the Egyptian Gods. It was built in Roman times and included a bath complex. In antiquity, the wetlands here were much wetter, and the sanctuary originally stood on a small island. 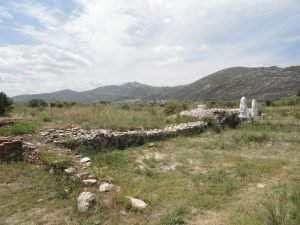 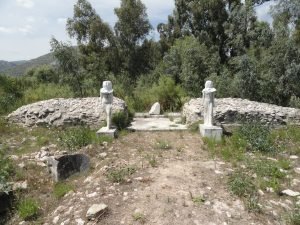 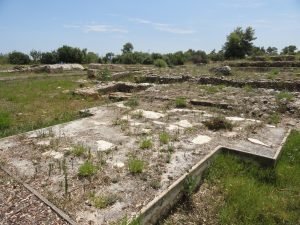 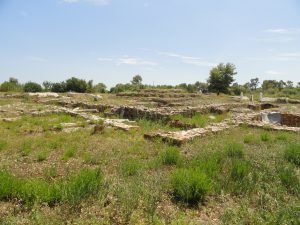 Some statues from the sanctuary can be seen at the Archaeological Museum of Marathon, which is a 3.5-km walk or drive west of the tumulus. 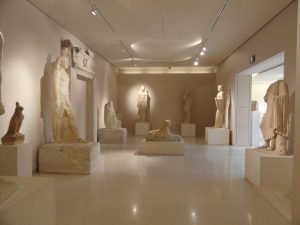 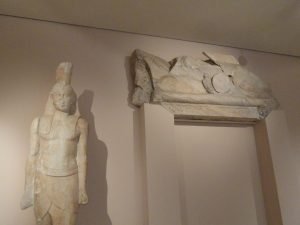 Also on display at the museum are some artifacts related to the commemoration of the Battle of Marathon, including the surviving sections of the original battle trophy. 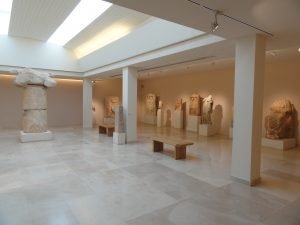 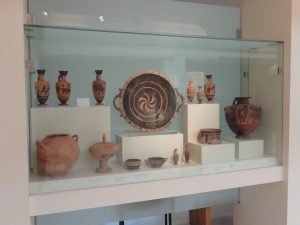 The museum was built in front of a prehistoric cemetery. The graves there date to the Middle Helladic period (MH, which is the middle Bronze Age on mainland Greene; 2000-1550 BCE) and are protected by a building which was built around the cemetery, which is within the grounds of the museum. 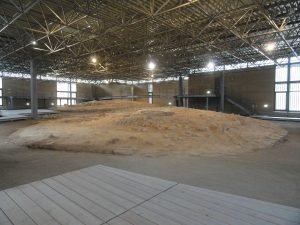 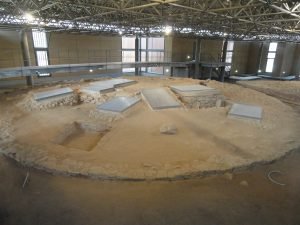 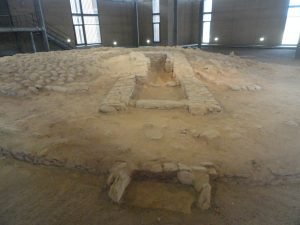 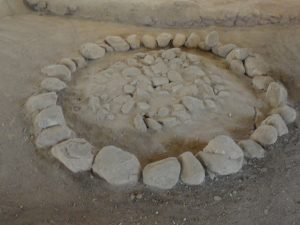 Also within the grounds of the museum stands a mound which has (although controversially) been identified as the Tumulus of the Plataeans, located 250 m northeast of the museum and the Helladic cemetery. It was discovered and excavated in the 1970s, and if the identification is correct, it serves as the tomb of the 11 Plataeans who died at Marathon fighting alongside the Athenians. 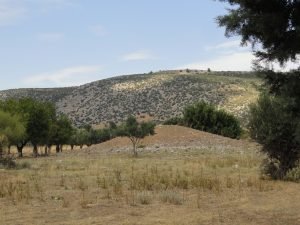 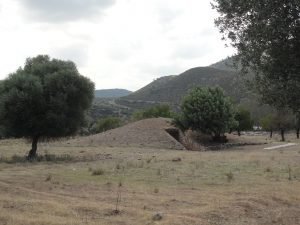 Philippides’ run was, of course, the inspiration behind the marathon running race. Almost every weekend throughout the year, there are organized marathon events taking place in multiple locations in the world. The annual Athens Authentic Marathon–as the name implies–follows closely the original course of Philippides. Every November, thousands of runners gather in the modern municipal stadium in the town of Marathonas early on a Sunday morning to replicate his feat and run the 42 km to the center of Athens, although the finish line is in the beautifully restored ancient stadium of Athens rather than the agora. Early in the race, the runners make a detour to run 360 degrees around the grove in which the Tumulus of the Athenians stands. Below are views from a runner’s perspective of the starting and finish lines. 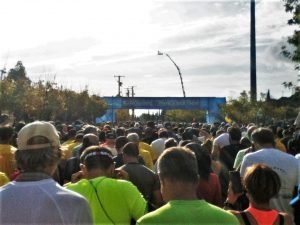 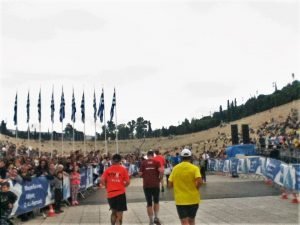 Tips for the Visitor
There are frequent buses which pass through the Plain of Marathon from the bus terminal two blocks east of the Victorias metro stop in Athens, such as the coastal route buses to Marathonas and Grammatiko. The ride takes over an hour and costs 4.10 euro each way. You can get on or off the bus at any KTEL bus stop along the route.

The various sites mentioned in this article are spread out in different locations on the plain. If you are up for a day of walking, it is certainly possible to walk between them. However, it is best if you have a car. Keep in mind that–like most archaeological sites and small museums in Greece–the gated attractions close at 3 pm.

The Sanctuary of the Egyptian Gods is gated, but entrance is free. It costs 6 euro to enter the Tumulus of the Athenians. If you find it overpriced, you can catch glimpses of the mound tomb through the fence which surrounds the grove. However, the entrance ticket includes entry to the Archaeological Museum of Marathon, which of course includes the other sites within its grounds.

If you are interested in participating in the annual Athens Authentic Marathon in November, you can get information and register on their official site. In addition to the full marathon from Marathonas to Athens, the event also features 5-km and 10-km races, although those take place within the city of Athens.