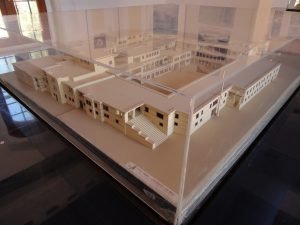 Malia is an archaeological site on the Greek island of Crete 3 km east of the modern town of Malia and 32 km east of the island’s capital of Heraklion. The site is named for the nearby town as no ancient name for it is known.

Malia was a Minoan Bronze Age palace complex built at the beginning of the second millennium BCE. The palace complex, whose foundations can be found at the site, was the third largest among the Minoan palace complexes of Bronze Age Crete–Knossos being the largest and Phaistos being the second largest. All three, along with other sites, were destroyed in some kind of cataclysmic event around 1700 BCE, the precise nature of which is still a matter of debate.

Malia and other sites were rebuilt immediately after the destruction. Most of the ruins at Malia today are from this second palace period. However, the new palace at Malia would only last around 200 years until it was destroyed in the same (unknown but probably natural) catastrophe which brought down Minoan civilization on Crete in the middle of the 15th century BCE. 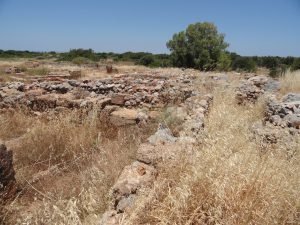 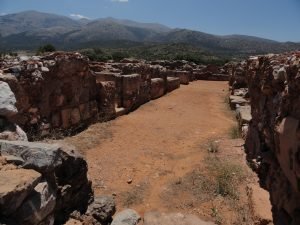 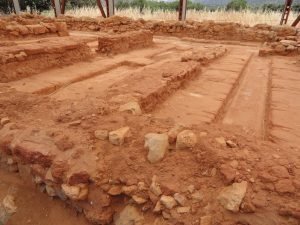 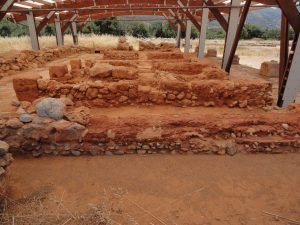 Probably the most interesting ruins to see here are those of the crypts. 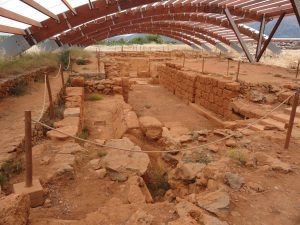 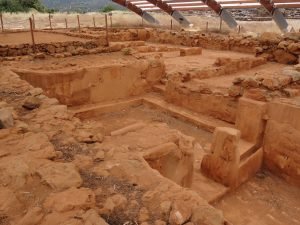 Tips for the Visitor
There are frequent buses to and from Heraklion’s bus terminal. The journey takes about half an hour.