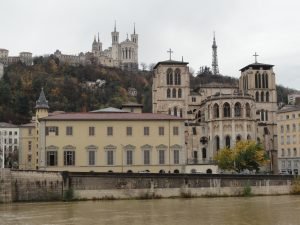 Lyon is France’s third-largest city and is located in the southeastern part of the country at the confluence of the Rhône and Saône Rivers. It is 110 km southwest of the Swiss city of Geneva.

The city began in the middle of the 1st century BCE as a refugee camp for the people of Vienne (25 km to the south) fleeing a conflict with a tribe of Gauls. A town for the refugees was officially founded on Fourvière Hill on the west bank of the Saône River on which the Basilica of Notre-Dame de Fourvière now stands. The town was officially established as Colonia Copia Felix Munatia but was also known as Lugdunum.

It was not long after Lugdunum’s founding that it became the birthplace of a future ruler of Rome. The man who would eventually be known to history as the Emperor Claudius was born there in 10 BCE when his mother (a daughter of Mark Antony) and his older brother and sister were staying while Claudius’s father (a son of the future Emperor Tiberius) was commanding legions against Germanic tribes to the northeast.

Some of the structures of Lugdunum are preserved in an archaeological park just 200 meters south of the basilica. The main things to see there are the theater and the odeon, which were neatly built side-by-side. The two venues have been restored and host performances, including those of the Nuits de Fourvière, a festival which is held at the site every summer. 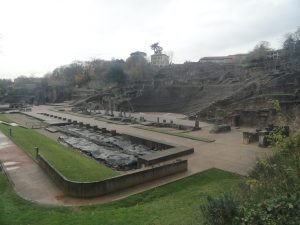 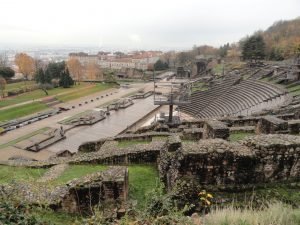 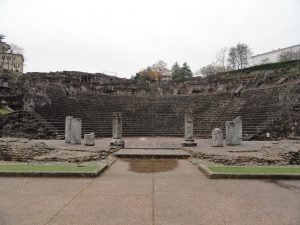 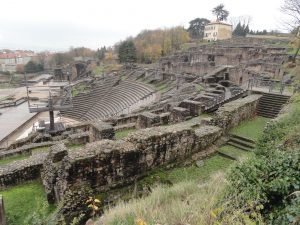 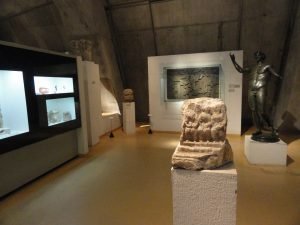 There is also a modern museum at the site.

Tips for the Visitor
As the third-largest city in France, Lyon is easy to get to by air, train or bus.

From the Vieux Lyon (“Old Lyon”) Metro Station on the west bank of the Saône, there are two funicular lines going up the hill to the west–one heading northwest and one southwest. We recommend taking the northwest line (to Fourvière) and visiting the basilica (the city’s most iconic monument), and from there it is a short walk south to the site. If you don’t mind an uphill battle, you can of course walk up the hill.