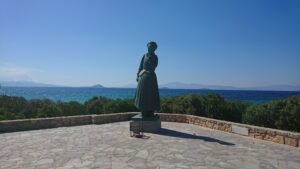 The Greek island of Aegina is located in the middle of the Saronic Gulf, which separates Attica and the eastern arm of the Peloponnese. Its position puts it 20 km southwest of the port of Piraeus.

Also, because of its location, it played an important role in antiquity in the realms of commerce and military power. It was wealthy enough even in prehistory to have been home to the so-called “Aegina treasure” from the Minoan period, found there in 1891 (now in the British Museum). It had its heyday in the 6th century and early 5th century BCE. It was during this time that its two main temples–the Temple of Apollo at Kolona and the Temple of Aphaia in the eastern part of the island–were built. It was also during that period that Aegina was a major rival of Athens for maritime supremacy, although by the middle of the 5th century, it was clear that Athens had won that contest.

Kolona is the name which has been given to the main archaeological site of Aegina. It is located at the northwest edge of the main town of the island, which is not far from the island’s northwest corner. It was built on a promontory jutting out into the sea, photographed below from the south (left) and the west (right). 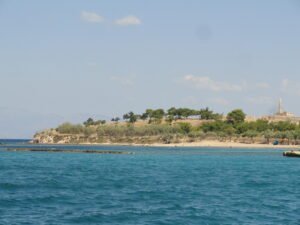 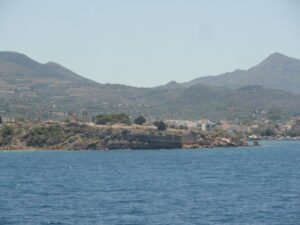 The site contains settlement ruins that date from the prehistoric period all the way into late Roman times. One can easily distinguish between the rough prehistoric walls and the smoother building materials of the later geometrically formed structures. 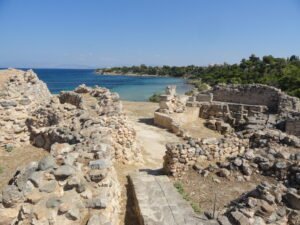 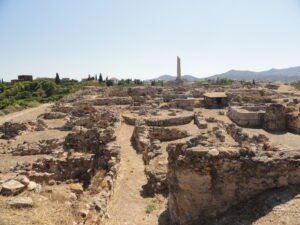 The earliest ruins are found next to the sea at the far western edge of the site. These belong to “City I,” the earliest of ten prehistoric settlements archaeologists have identified and numbered. It dates to the 4th millennium BCE. 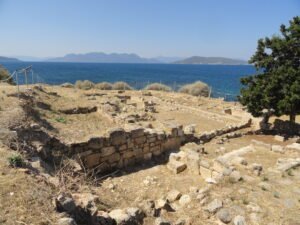 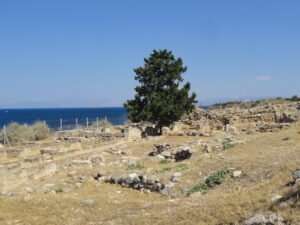 At the center of the site at the top of the hill is the site of the Temple of Apollo. Only one lone column remains standing of the temple. It is from this column that the site gets its name, as that is what the Venetian sailors who used it as a landmark called it, after their word for “column.” The temple dates to the late 6th century BCE. 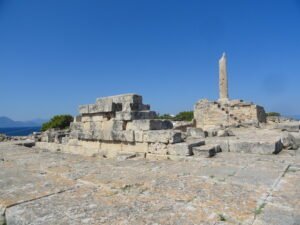 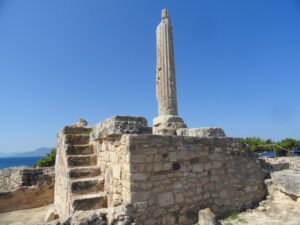 The outer structures farthest from the sea (as well as a few structures within the central part of the site such as the temple itself) are the most recent. 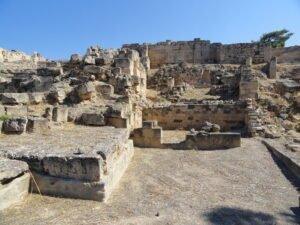 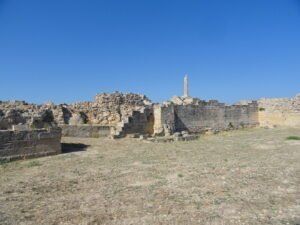 There is a small but interesting museum at the entrance to the site which houses finds from Kolona as well as other sites on the island. 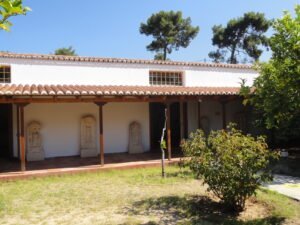 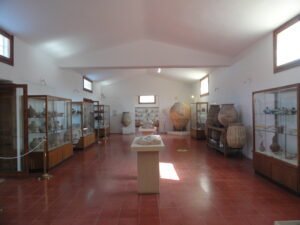 Tips for the Visitor
There are regular ferry services which connect the main town of Aegina with the port of Piraeus as well as other nearby islands like Poros and Hydra. The fastest ferries from Piraeus take just 40 minutes (13 euro), or you can take a smoother journey with larger, slower, and cheaper boat (8.90 euro) that takes a little over an hour.

While you are on Aegina, don’t miss the superb and important temple at the Sanctuary of Aphaia just 10 km to the east. You might also be interested to check out the ancient necropolis next to the house built by the writer Nikos Kazantzakis, which is 2.5 km north of the Kolona site.