Knossos was the largest palace complex on the Greek island of Crete. The ruins of the palace are located in the modern village of Knosos on the southern outskirts of the Cretan capital of Heraklion. The palace was 30 km due west of the palace at Malia and about 40-45 km northeast of the palaces at Phaistos and Ayia Triada.

The site was settled in the Neolithic Era. However, its role as the center of the Minoan civilization in the Bronze Age is what Knossos is best known for.  Many myths and legends are associated with Knossos: It was there that King Minos presided and had his engineer Daedalus construct a labyrinth for his beastly son, the Minotaur. It was also from a tower at Knossos that Daedalus and his son Icarus are said to have escaped their imprisonment with the help of wings fashioned from feathers and wax.

The site was famously discovered and excavated by the British archaeologist Arthur Evans at the beginning of the 20th century. A controversial aspect of the site are the several “recreations” of some columned porticoes and other structures in the higher levels of the palace. Some people appreciate the aid the fabrications lend to the imagination to help people picture what the original palace may have looked like, while others criticize them as being inappropriately artificial, especially as they were largely the work of Evans’s imagination. 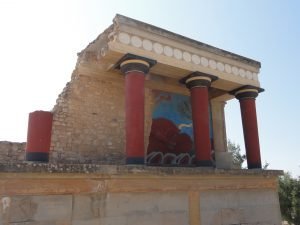 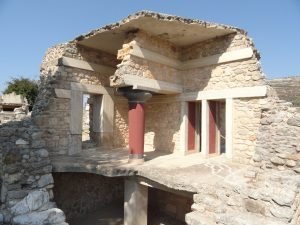 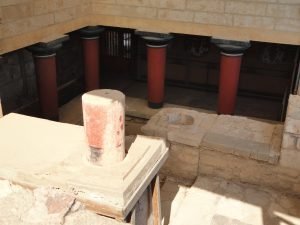 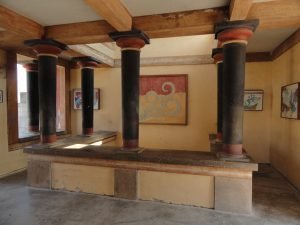 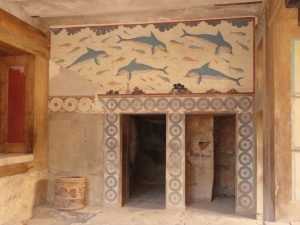 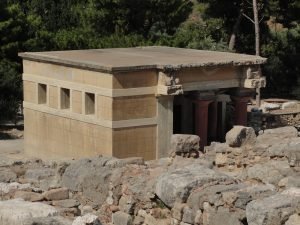 Walking through the more genuine parts of the ruins, however, one doesn’t need a lot of assistance to imagine what a grand structure the palace was. 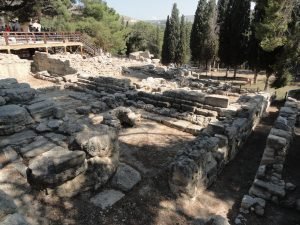 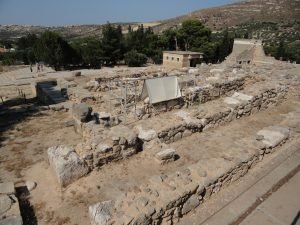 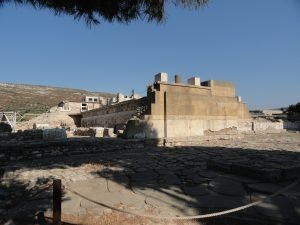 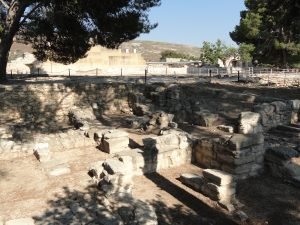 Probably the most exciting place in the palace is the room in which Arthur Evans found what he assumed was the throne of King Minos, although the use of the room is not clear. 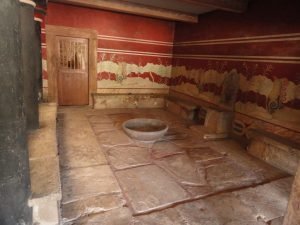 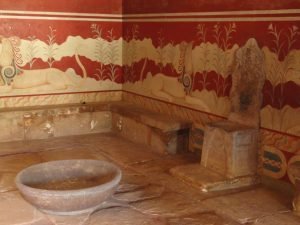 Another interesting aspect of the decor at the palace site is that mounted on the walls of some of the rooms and corridors are restored replicas of some of the Minoan mosaics found at the palace. The originals can be viewed at The Heraklion Archaeological Museum along with other important finds from Knossos and other sites around Crete. 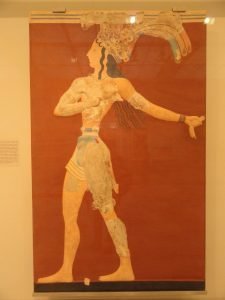 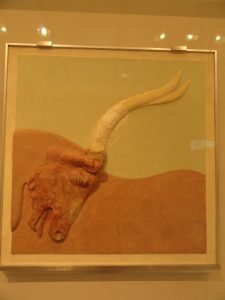 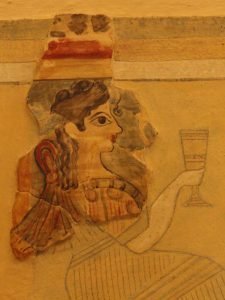 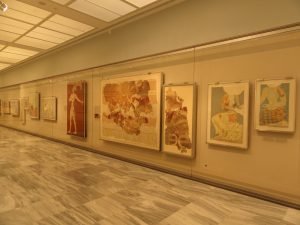 Tips for the Visitor
Buses to the site depart from the bus station near Heraklion’s harbor. They are frequent throughout the day (every half hour or so) and the journey usually takes about 20 minutes each way.