On the southern coast of the Greek island of Tinos (also written as Tenos), a sanctuary to Poseidon was built in several phases from the late 4th century BCE to the 3rd century CE. The site is now found across the coastal road at the eastern end of the town of Kionia and about 2 km northwest of the main town of the island.

Not much of the buildings is left. As for most of them, only the outlines of the bases are visible. The earliest parts of the complex are found on the northwest side, which is on the left when you approach the site after buying a ticket from the ticket counter. The temple built in the 4th century BCE was built at a slightly different angle than the later buildings. 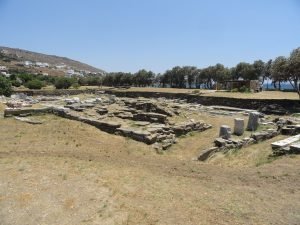 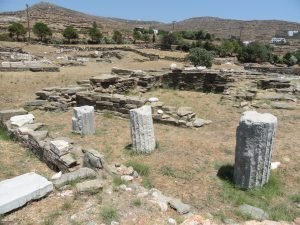 Just south of the original temple was a smaller rectangular temple built in the 2nd century BCE. 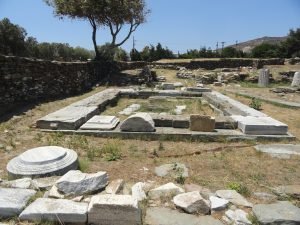 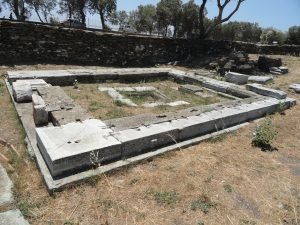 North of the temple were a series of buildings associated with the healing cult of Asklepios, including a bath with its walls painted red. The red paint on the walls of the bath has survived. 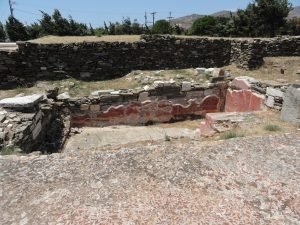 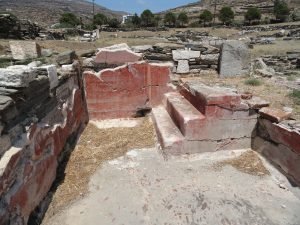 To the northeast of the healing complex are the northernmost structures of the site, which included a cistern and a fountain. 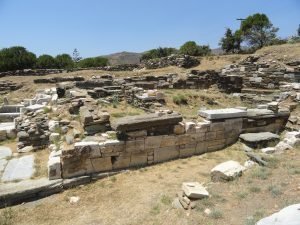 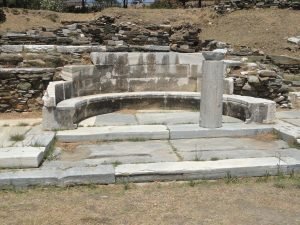 In the center of the site is the altar, which was built in front of the temple. Behind the altar is a semicircular votive monument. 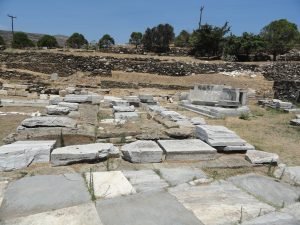 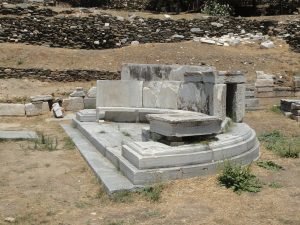 There are more structures at the eastern end of the site. 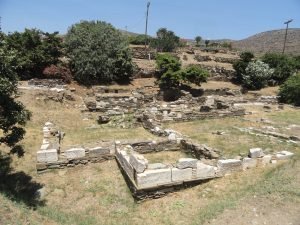 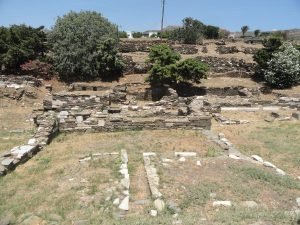 The Archaeological Museum of Tinos in the main town of the island features archaeological finds from several sites on Tinos. Its collection includes a sundial found at the Sanctuary of Poseidon at Kionia as well as a model reconstruction of the complex showing how it looked in antiquity. 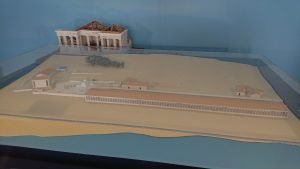 Entrance to the site costs 2 euro.