The Greek island of Poros is located just 200 meters north off the the coast of the easternmost part of the Peloponnese, about 35 km east-southeast of the famous theater at Epidauros. Since there is a strait (which looks more like a stream since it is so narrow) running through the island, it is technically two islands. In ancient times, the smaller one, which is closest to the coast and is where the main town is today, was called Sphaira, and the larger one north of Sphaira was called Kalaureia.

There is evidence of a late Bronze Age settlement at Kalaureia around 1100 BCE. 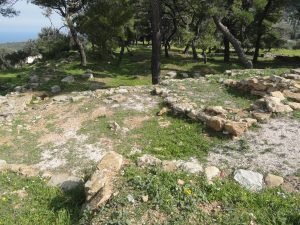 However, the remnants of that settlement are overshadowed by the ruins of several buildings constructed at that same site (the oldest of which dates to around 500 BCE) which would make up a sanctuary dedicated to the god Poseidon as well as the ancient city of Kalaureia. The Sanctuary of Poseidon is located close to the center of the island at the top of a hill with a beautiful view of the northern coast of the island as well as islands to the north, such as Aegina.

Evidence of religious activity (dated to the 8th century BCE) predates the ruins of the sanctuary. The orator Demosthenes sought asylum in the sanctuary at Kalaureia when he was condemned to death for his opposition to Macedonian rule. He ingested poison and died there in 322 BCE.

The main building of the sanctuary was, of course, the Temple of Poseidon, located at the northwest corner of the site just next to the Bronze-Age architectural remains pictured above. Not much is left of the temple, but you can still make out the base of the surrounding wall and the base of the propylon. 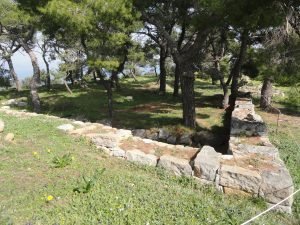 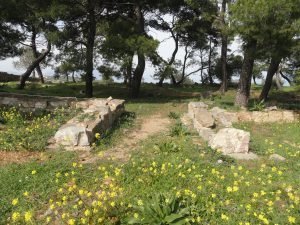 Several other buildings in a similar state can be found near the temple. The closest one to the temple has been termed ‘Building A’ and dates to the late 5th century BCE. It was a stoa type building that is believed to have been used for official purposes as part of the sanctuary. In addition to the base of the walls, one can still see the bases of the four columns which used to stand in the center. 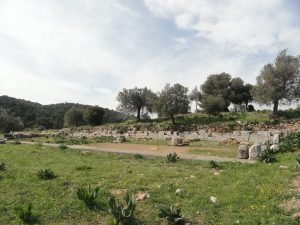 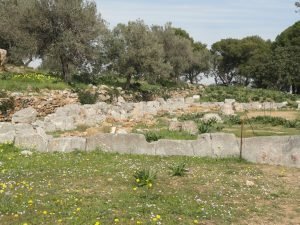 There are a few other buildings a varying dates at the site, which were part of the ancient city of Kalaureia. 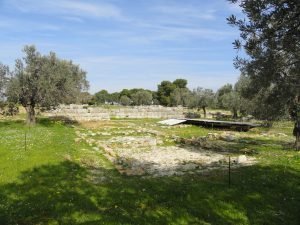 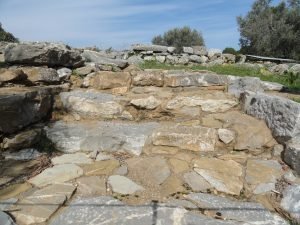 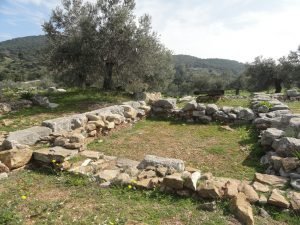 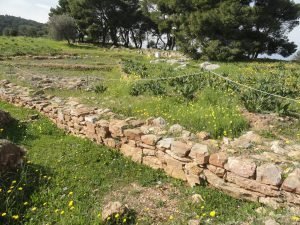 Tips for the Visitor
It’s a 6-km drive to the site from the main town and port of Poros. If there are no bus options available to you at the time you are there, a taxi costs a set price of 9 euros each way. The taxi driver can give you their card so that you can call them to come pick you up and take you back to the town when you are ready.

Poros is easily accessible from Athens by various ferry options. The trip takes just over an hour. To get to Poros by land, just get to the Peloponnesian coastal town of Galatas, and from there, there are water shuttles that will set off on the 200-meter journey across the strait to the main town of Poros when they have enough passengers. The fare is 1 euro per person.