İkiztepe is an archaeological site in a village of the same name a few kilometers northwest of the town of Bafra in the province of Samsun. It is situated on a cluster of four hills in the lush, green farming area where Turkey’s longest river—the Kizil Irmak, or Red River—empties into the Black Sea. 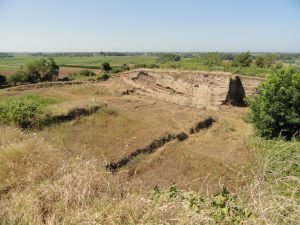 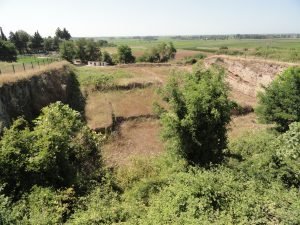 The site has many layers from various time periods. The oldest parts could be as old as 7,000 years. In later years, it is believed to have been one of the cities of the Hittite Kingdom and later Hittite Empire. The most impressive structure to be seen there above the surface today is a long, rounded tomb dated to the Hellenistic period. 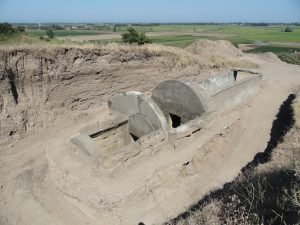 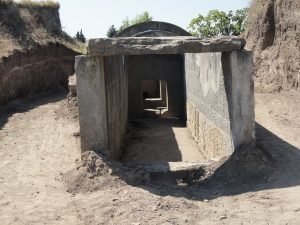 Also found there were skulls that showed evidence of brain surgery performed 4,000 years ago with obsidian blades. Holes cut into more than a dozen skulls found at the site showed evidence of having healed. Another technological aspect of İkiztepe is that it was the first site in the region to use arsenical copper.

Visiting the site today, you can see a recreation of a log house like the ones which the local inhabitants used in the third millennium BCE.

Tips for Visitors
Travelling the 8 km to the village of İkiztepe from Bafra, there are several options. You can take a car if you have one. Otherwise, you can arrange for a driver, such as by making an arrangement with a taxi driver to take you there, wait for you for a short time, and then bring you back to Bafra. Another alternative—if you have the time and energy—is walking.