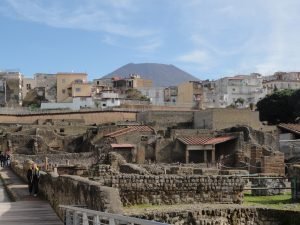 The town of Ercolano is located 6 km southeast of the eastern end of the city of Naples. Its biggest attraction is an archaeological site just 450 meters from the sea featuring the very well-preserved ruins of what was once the Roman town of Herculaneum, which was located just 7 km west of the peak of Mt. Vesuvius and, like the town of Pompeii 13 km to the southeast, it was destroyed when Mt. Vesuvius erupted in 79 CE.

The two sites both owe their remarkable state of preservation to the fact that the volcanic soil and ash from the eruption buried the sites for many centuries and kept even some food items in relatively good condition. Studying the sites has allowed archaeologists to learn a lot about what life was like in a typical Roman town.

In the case of Herculaneum, the excavation site is much smaller than Pompeii. Also, it was much closer to the volcano, so it was was probably buried more quickly. It is a remarkable site, and it is very accessible as visitors are free to walk along the ancient streets and have a close look at the courtyards of the houses. 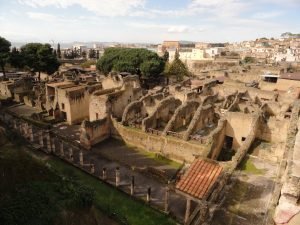 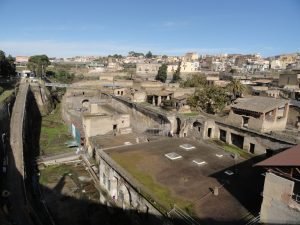 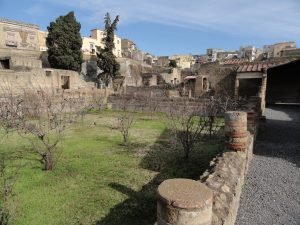 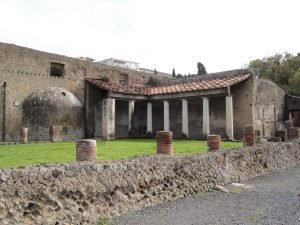 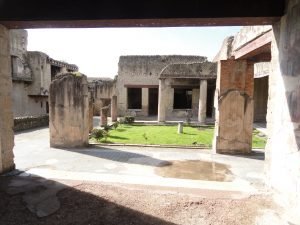 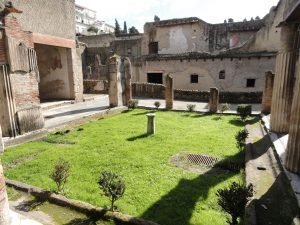 Many of the rooms of the houses are also accessible. Many mosaics and frescoes have been preserved. 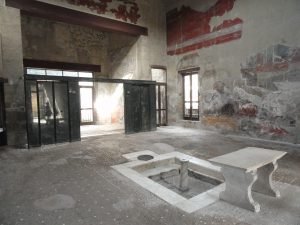 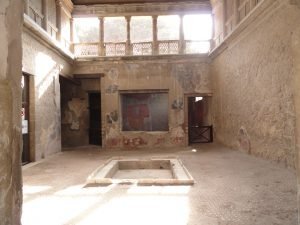 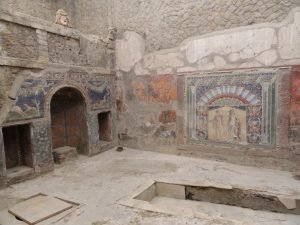 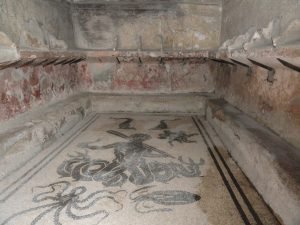 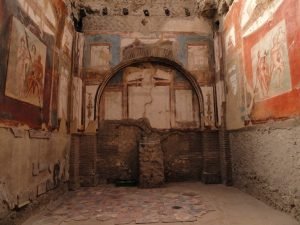 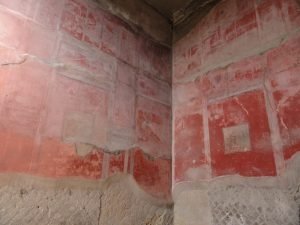 Tips For the Visitor
The site is located just a 600 meter walk southwest of Ercolano Scavi Station, which is on the Napoli-Sorrento regional train line and is about a 20-minute journey from Napoli Centrale, the main train station of Naples. If you would like to continue on to Pompeii, you can continue further south on the same train line to Pompei Scavi – Villa dei Misteri Station.