In the world of the ancient Greeks, there were three principle temple/oracle sights connected to the god Apollo, where people would go to hear the oracle’s answers to questions, mostly about what the future would hold. One of those main oracles—that of Delian Apollo—was on the sacred island of Delos, which the Greeks believed to be the god’s birthplace. Another was the oracle of Pythian Apollo, also known as the “Delphic Oracle” at Delphi on the Greek mainland. The third one was the oracle at Didyma, located on the coast of Asia Minor.

The temple of Apollo and the oracle which accompanied it are found today in the northern outskirts of the town of Didim in the province of Aydın in Turkey. Didim is in the center of a small peninsula jutting out into the Aegean Sea, so the temple is about 3.5 to 4 km from the sea on three sides. In terms of its contemporaneous location, the temple was 16 km south of the ancient Greek city of Miletus and was connected to the city by a “sacred way.” 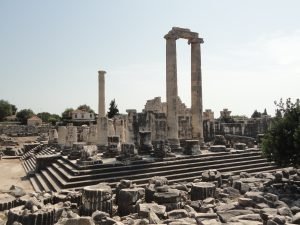 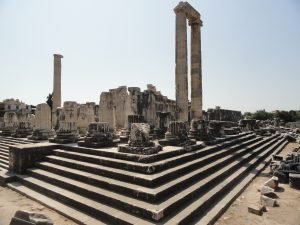 The site predates the classical period and can be dated to the archaic period. The temple was destroyed during the Persian invasion of King Darius I at the beginning of the 5th century BCE, and would remain in a state of disrepair until the conquests of Alexander the Great nearly two centuries later. 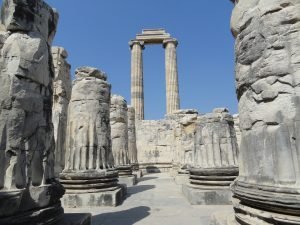 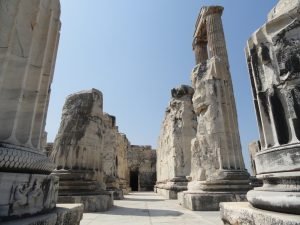 Tips for the Visitor
Getting to Didyma is quite easy. Didim is a fairly big town with popular summer seaside resort areas, so there is regular comfortable bus service available. For example, coming from the north, such as from the resort city of Kuşadası, you will need to first take a bus to the town of Söke, and from there take a bus to Didim. The buses heading into Didim from the north will pass right by the temple just as they enter the town, so you need to get off the bus there, not at Didim’s bus terminal.