The ruins of the ancient city of Demetrias are found today on the peninsula across from the harbor area of the Greek port city of Volos. The land is mostly deserted today, with the exception of a few businesses and some roads and bicycle paths leading into the town of Nees Pagases to the south.

The city was founded at the beginning of the third century BCE by King Demetrios I of Macedonia. Thessaly had first fallen under Macedonian rule in the middle of the fourth century in the reign of Philip II, the father of Alexander the Great. In the decades following Alexander’s death, as his empire was divided among his generals, those who sought to keep control over Greece made moves to ensure their grip. The new city of Demetrias was intended to play a role in achieving this. To ensure this new Macedonian-built city in Thessaly was well populated, several nearby towns — including Iolkos and the town on Goritsa Hill — were disbanded by royal order and the inhabitants brought into Demetrias. It must have been effective, as one of the later Macedonian kings (Philip V) identified Demetrias, Chalcis, and Corinth as the “three fetters” which secured Macedonian rule over Greece.

Although the land where the city once stood is mostly empty fields today, not many ruins are visible. One notable exception is the palace complex, which stood close to the center of the city. This became of one the favored residences of the Macedonian kings. 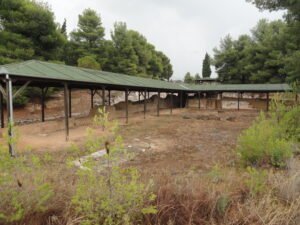 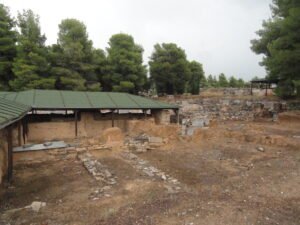 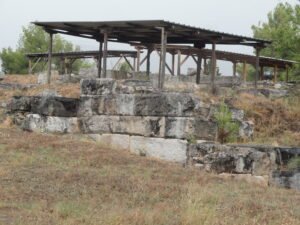 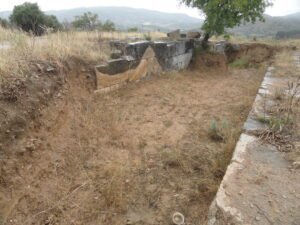 The theater was near the western edge of the city. There are traces of other structures within its vicinity. 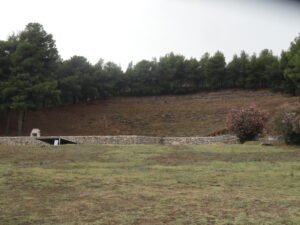 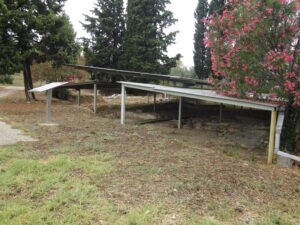 The Romans later built an aqueduct that partly ran alongside the theater as it made its way from the hills in the west and into the city center to the east. The bases of the columns can still be seen on both sides of the road. 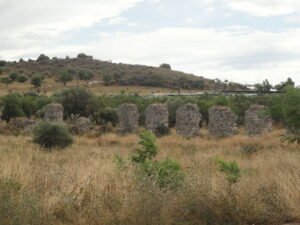 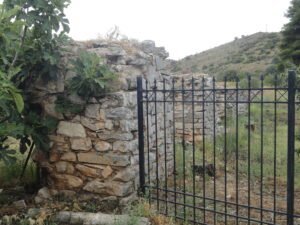 At the northwestern edge of town, a few hundred meters north of the theater, the bases of a number of structures are visible. 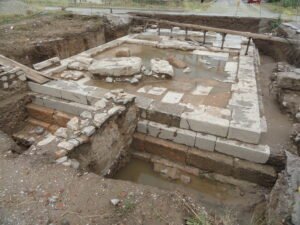 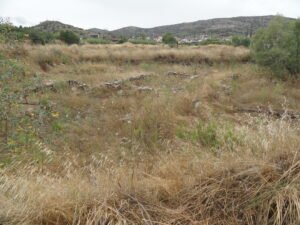 There are some other ruins right along the coast directly north of the palace. These are in the vicinity of where the north harbor of the city was located. 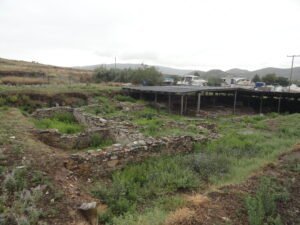 Many finds from Demetrias can be viewed at the Athanasakio Archaeological Museum in Volos. 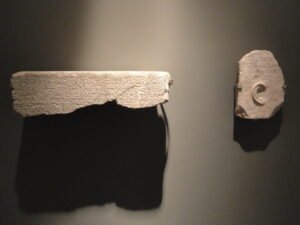 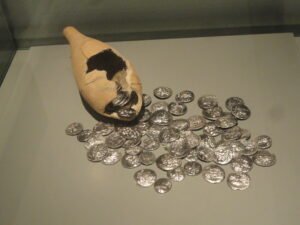 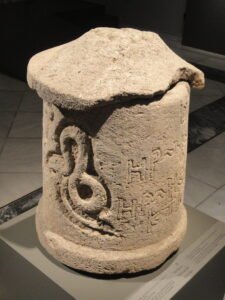 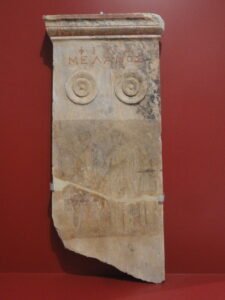 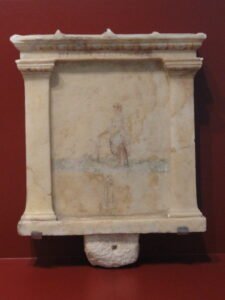 Tips for the Visitor
The ruins of Demetrias can be reached by a short drive or a long walk south around the greater harbor area from the southwest corner of the city of Volos. Upon our visit, the two fenced-in sites (the palace and the theater) were locked with no indication of any normal opening hours, so a visitor should be prepared to do much of the viewing of the sites through the bars of fences.

Also in southwestern Volos is the KTEL bus station, where you can catch an intercity bus, and also the train station, which has trains to Larissa (1 hour) every couple of hours. From Larissa, you can board a train heading north to Thessalonki or south to Athens.