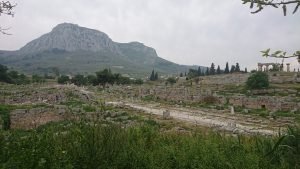 The ruins of the ancient city of Corinth are found on the western edge of the village of Archaia Korinthos (Ancient Corinth), which is located 5 km southwest of the modern city of Korinthos and 9 km from the Corinth Canal, which cuts along the isthmus separating the Peloponnese from the rest of mainland Greece.

The site was settled in Neolithic times, and during the Archaic period established many colonies, including those at Syracuse and Corfu. In the Classical period it became one of the principle city-states of ancient Greece. It was refounded as a Roman city by Julius Caesar in 44 BCE, and many of the ruins found at the site today are from the Roman period. Corinth also had an important early Christian community which was visited and preached to St. Paul, whose letters to the community are now two books in the New Testament. 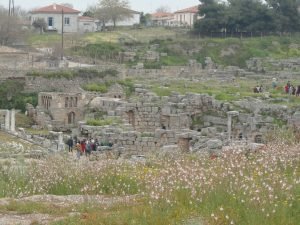 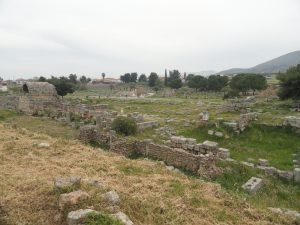 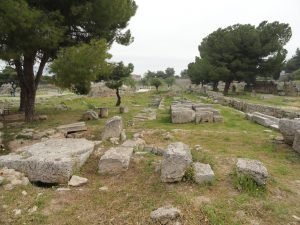 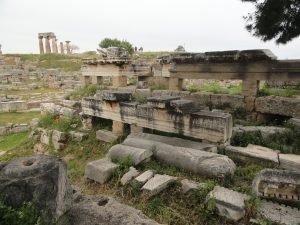 The first structure that a visitor is confronted with upon entering the site is the 6th-century BCE doric Temple of Apollo. 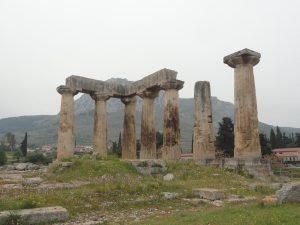 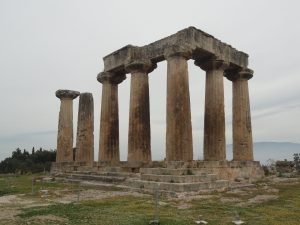 Another notable structure is the Peirene Fountain. It was rebuilt in Roman times but has been an important part of the settlements there going back to Neolithic times. 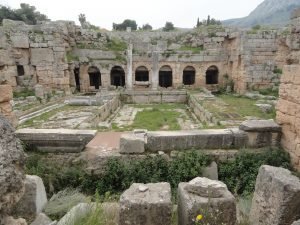 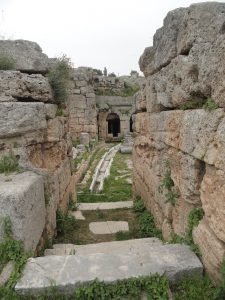 Leading up to the exit at the northeastern part of the site is the road which led out of the city to the ancient port  of Lechaion. 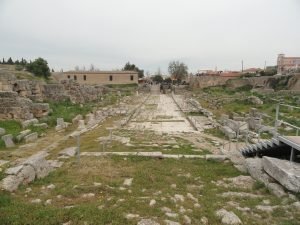 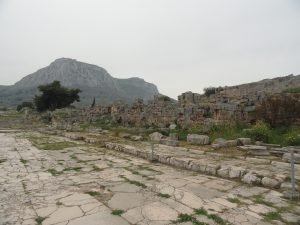 Across the street from the entrance to the site are the inaccessible but visible fenced-in ruins of the odeon. 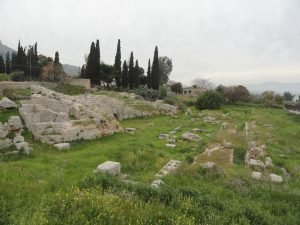 A few meters further north is a trail that leads down in to a lower area which features the ruins of the theater, among other structures. 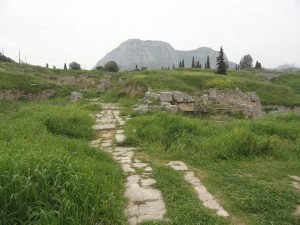 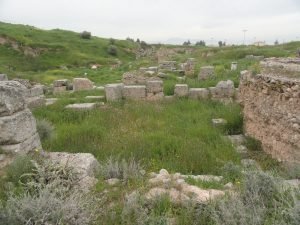 Among those northern ruins is also a roped-off inscription which is now called the Erastus Stone. The inscription claims that the paved area next to the stone was paved at the expense of an aedile named Erastus, who some scholars say is the same Erastus who was a disciple of the early Christian church mentioned in several different books of the New Testament. 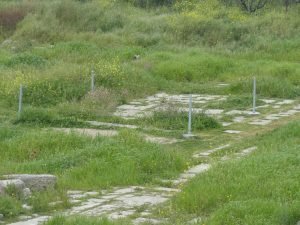 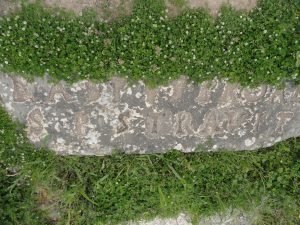 On the grounds of the site near the entrance is a nice museum, which was built in the 1930s by the American School of Classical Studies at Athens and given to the Greek state. 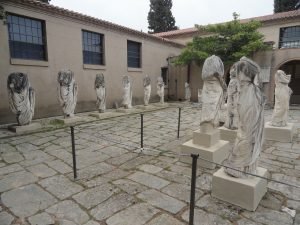 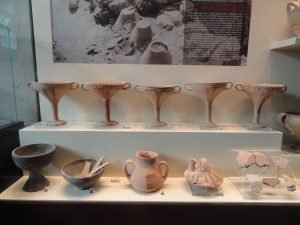 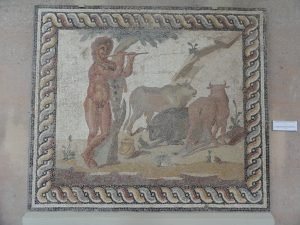 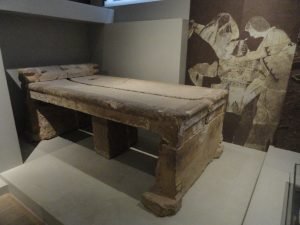 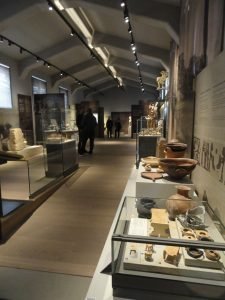 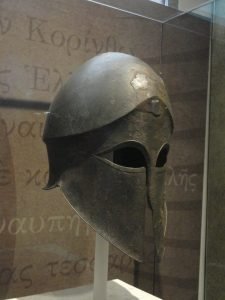 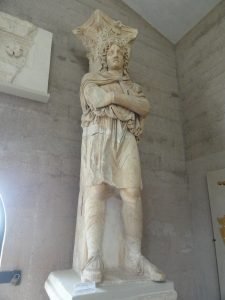 Tips for the Visitor
There is a public bus which runs between the village of Archaia Korinthos and the center of modern Korinthos. After your visit, you can catch it at the bus stop 120 meters west of the entrance to the archaeological site, but the bus heads south right after that stop, so it does not pass in front of the site. It costs 1.80 euro per person.

If you are arriving by train, you would disembark at the Korinthos N. Station. From there, you can get a taxi from the taxi rank in front of the station to the site. The taxis charge a flat rate of 10 euro for the 6-km trip. A ticket for the train from Athens (which starts in Piraeus) costs 9 euro.

If you don’t want to do the trip on your own, there are tour companies in Athens which offer day trips to the site.