The modern city of Chalkida is located on Greece’s second-largest island–Euboea (Evia)–at the point where the island comes closest to the mainland. Due to its strategic location commanding the gulf between the island and the mainland as well as its close proximity to the latter, the site has a long history, and indeed has been inhabited since Neolithic times.

This strategic point was the location of the ancient city of Chalcis. It was connected to some important figures such as Aristotle, who spent some time living there.  Unfortunately, almost nothing of the ancient town is visible today. There are a few spots where you can see some rockpiles, however. 50 meters west of the main police station are the excavated Roman baths. The area is fenced off but visible from the street. 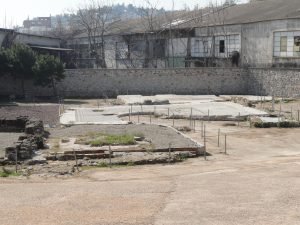 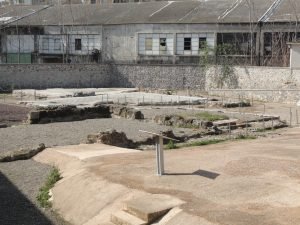 At the east end of town is what is left of a Roman aqueduct. 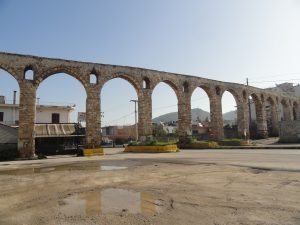 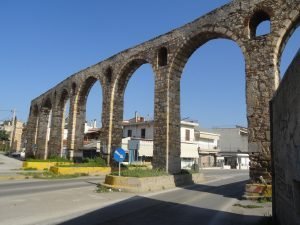 On the side of the coastal road heading southeast out of town, just at the edge of town (half a kilometer south of the bus station) there is a curious stone staircase leading up to what was probably a sacrificial altar. 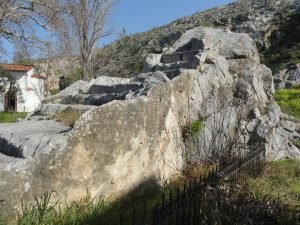 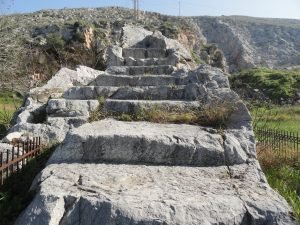 Chalkida has not one but two archaeological museums. The older, smaller one is in the western part of town just a couple blocks east of the courthouse. 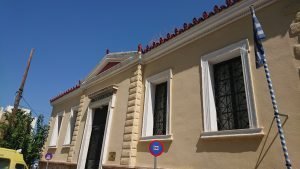 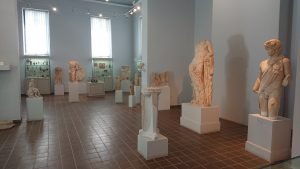 A larger archaeological museum is in the process of being set up just across from the bus station. At the time of our visit, only a few exhibits were on display. 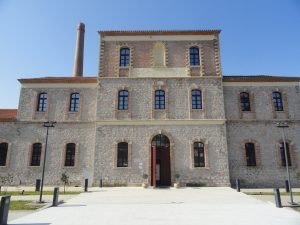 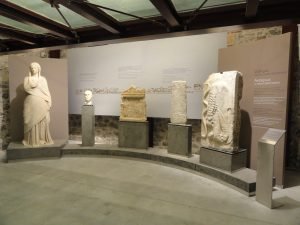 Tips for the Visitor
Chalkida Station is at the end of a train line that starts in Athens, and it takes about 1 hour 20 minutes to make its full run. Chalkida Station is actually on the mainland, so to get to the city center you need to walk across a short bridge. The size of the city is not overwhelming, so it is possible to get around on foot if you feel like exploring.

If you find that there aren’t enough rockpiles in Chalkida to satisfy you and you would like to go a bit further into the island, have a look at Lefkandi or Eretria.