Ayia Triada (also transliterated as Hagia Triada and Agia Triada) is an archaeological site located near the southern coast of the Greek island of Crete. It is just 2 km northwest of the archaeological site of Phaistos. Its name (“Holy Trinity” in Greek) comes from the name of an old church located 200 meters to the southwest of the curated ruins. No ancient name of the site is known, although it has been suggested that the Linear B da-wo mentioned in some tablets found at Knossos could be it.

Like Phaistos, Ayia Triada was a Bronze Age Minoan town centered around a palace complex, although both were smaller in scale to those of Knossos. Finds in and around the site date from the very beginning (Early Minoan I [EMI]) to the end (Late Minoan III [LMIII]) of the Bronze Age in Crete. Despite its close proximity to Phaistos, Ayia Triada seems to have been an important center of power in its own right, although its relationship with its neighbor is not fully understood and most likely changed over the course of the Bronze Age. Ayia Triada was destroyed by another Cretan city-state, Gortyn, in the 2nd century BCE.

The archaeological site at Ayia Triada features ruins of the palace complex. 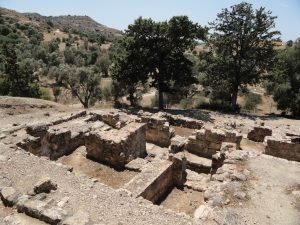 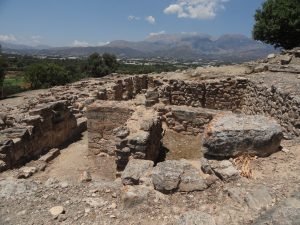 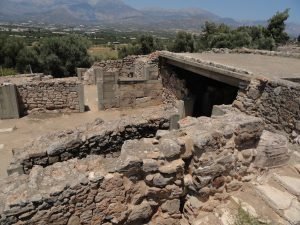 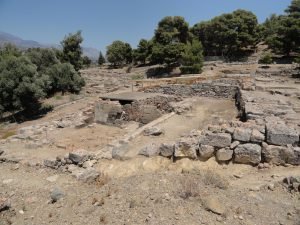 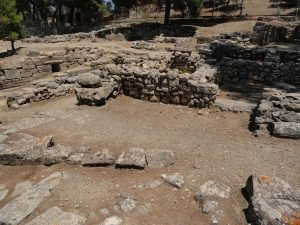 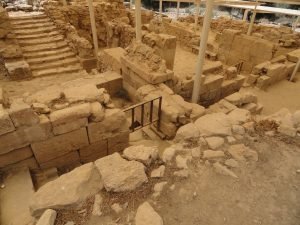 As for the artifacts found at the site, Ayia Triada is perhaps best known for an exquisitely decorated limestone sarcophagus depicting funerary offerings being made. It is now housed in the National Archaeological Museum of Heraklion. 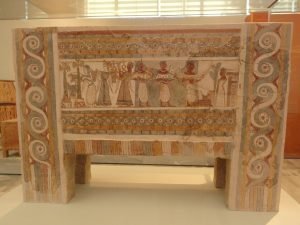 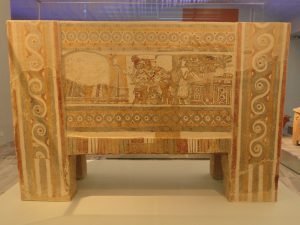 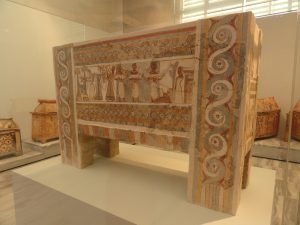 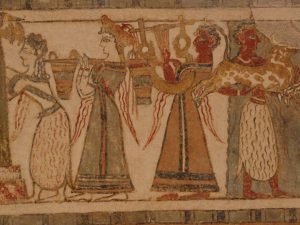 Tips for the Visitor
The site can be reached on foot from the nearby site of Phaistos if you don’t mind walking a few kilometers along paths through farmland. There are frequent buses to Phaistos from the Cretan capital of Heraklion.