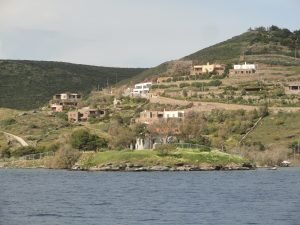 We do not know what the inhabitants of Ayia Irini called their settlement, and thus the site is named after the church which was later built next to it, the Church of Ayia Irini (‘Church of the Holy Peace’). The site was first inhabited at the beginning of the Early Bronze Age in the early 3rd millennium BCE. This makes the site slightly younger than the Neolithic settlement at Kephala, discovered on a promontory just 1.4 km north of Ayia Irini.

The settlement at Ayia Irini was one of the main centers of the Cyclades during the Bronze Age, and thus the study of the finds from there has played a key role in our understanding of the prehistoric Aegean. The site was temporarily abandoned at times over the centuries (including following its destruction [possibly by earthquake] around 1450 BCE), but the site continued to be used until it was abandoned for good at the end of the Bronze Age, around 1100 BCE.

Most of the rockpiles of Ayia Irini date from the end of the Middle and Late Bronze Age, including the structures pictured below, which are to the northeast of the church. In the first photo below, the structures closest to the church (the white building in the background) are part of a large villa which has been dubbed House A, and just in front of House A in the middle of that photo are the remains of the temple. It appears the temple was quite important as it was still in use even after the final abandonment of the settlement. 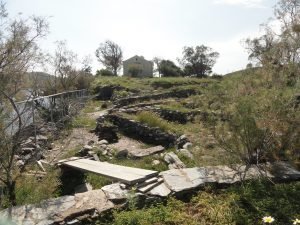 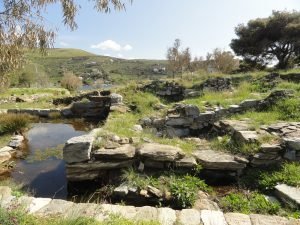 The oldest visible parts of the site date to the Early and Middle Bronze Age and can be found among the rockpiles directly north of the church. 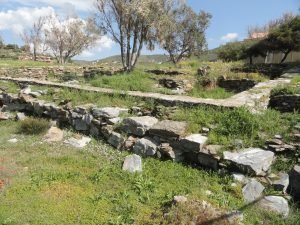 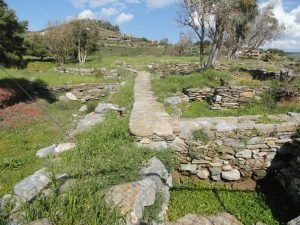 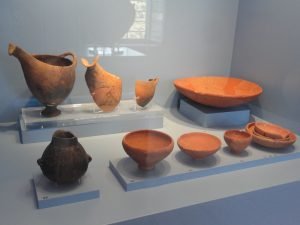 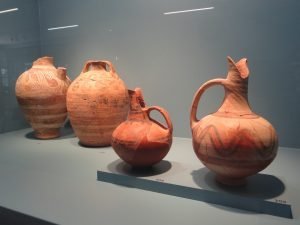 Other interesting finds on display include an Early Bronze Age hearth and a Middle Bronze Age burial jar. 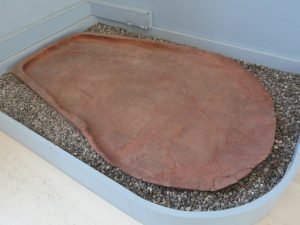 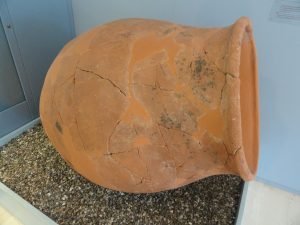 The main attraction of the museum is the display of the large terracotta statues recovered from the temple at Ayia Irini. The most intact one was numbered 139 (pictured on the far left in the first photo) and stands at just over 1 meter tall. The statues were painted and were probably venerated in religious rituals, but it is unclear who or what they represented. Also found in the temple were some small animal figurines. All of the finds pictured below date to around the 15th century BCE. 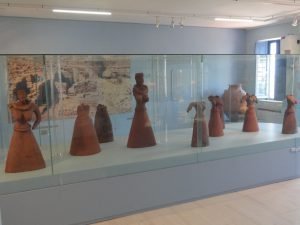 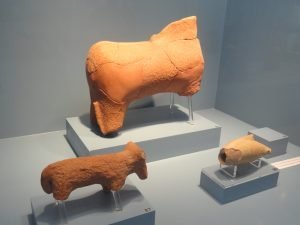 Tips for the Visitor
There are several daily car ferries which connect Kea’s main port town of Korissia with Lavrio on the mainland, and the journey takes a little over an hour and costs 12.40 euro for a pedestrian (more if you have a car). The port of Lavrio is near the southeastern end of Attica 40 km southeast of Athens, and if you don’t have your own car, you can catch a bus usually every hour from the KTEL bus terminal a couple blocks east of the Victoria metro stop in Athens. The bus ride from Athens to Lavrio takes roughly two hours and costs 5.30 euro.

From Korissia, you can reach the site after a pleasant 3-km drive or walk northeast along the road which runs along the edge of the bay. The site is closed to the public and fenced in, but it is possible to view the ruins from beyond the fence.

See our article on Ioulis for information on the Archaeological Museum of Kea.