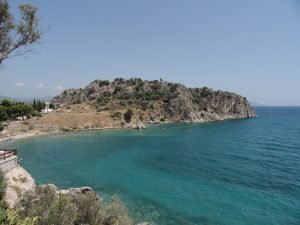 The ruins of Asine are located on the coast of the Peloponnese 2 km south of the modern town of Asini and 8 km southeast of the city of Nafplio.

Asine was one of the Bronze Age cities of the Argolid. It was 10 km southeast of Tiryns, 18 km southeast of Argos, and 25 km south-southeast of Mycenae. In the “Catalogue of the Ships” in Homer’s epic Iliad, Asine is listed as having contributed six ships to the Achaean war effort against the Trojans. The city was destroyed by Argos at the end of the 8th century BCE but continued to be inhabited to some extent.

Near the entrance to the site are the remnants of some large walls. 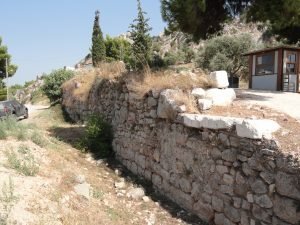 The main thing to see here are some of the walls and fortifications of the acropolis, which sits on an outcropping jutting out into the sea. 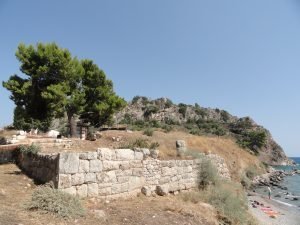 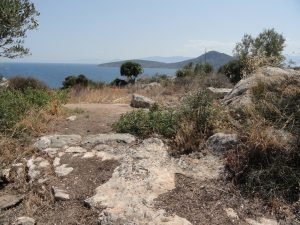 Tips for the Visitor
The outcropping on which the site is located is the divider between Asini Beach to the east and Tolo Beach to the west, both of which are popular in summer, when there are frequent buses packed with beachgoers headed for the area from Nafplio.