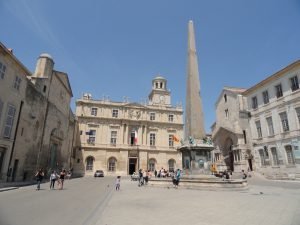 The city of Arles is located in Provence in the south of France 75 km northwest of the port city of Marseille. It is on the Rhône River 40 km north of the river’s delta on the Mediterranean coast and 40 km downstream from Avignon. The city became well-known to art lovers as the city where the Dutch impressionist painter Vincent van Gogh took up residence and painted many of his most famous works while living in the south of France.

The city was originally inhabited by native tribes who traded with the Greek colony of Marseille before the Romans took over the region in the 2nd century BCE.  The settlement was refounded as a Roman colony in 46 BCE and was called Arelate, the name which had been given to the site by ther Gallic Salyes, who had conquered it in the 6th century BCE.

There are some Roman ruins left over from ancient times. The most notable structure is the Roman amphitheater, which is now called the Arena d’Arles. Along with the rest of Arles, the arena was featured prominently in the 1998 film Ronin. 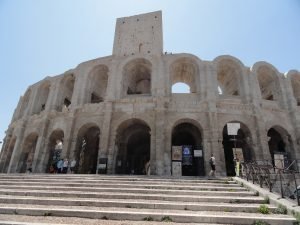 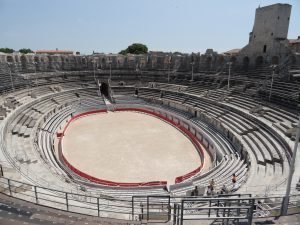 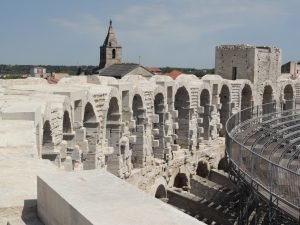 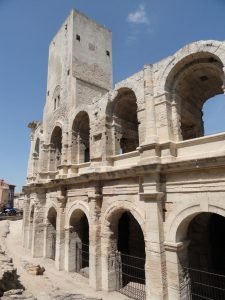 Next to the amphitheter was the Roman city’s theater. It is still in good condition, as is the grounds’ multi-arched entrance gate. The theater is still used for performances. 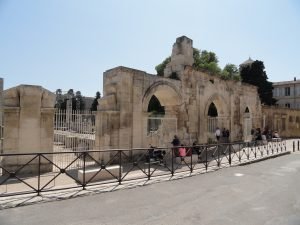 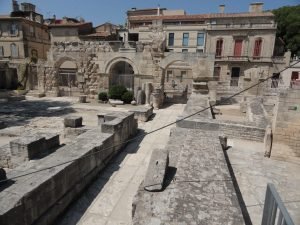 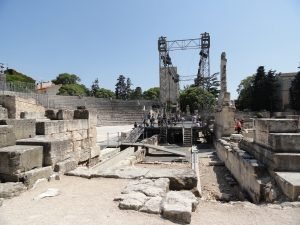 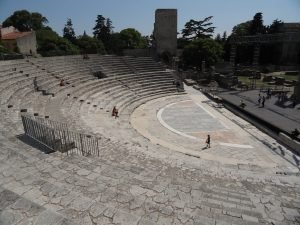 Tips for the Visitor
Arles is well connected to other cities via bus and train. Direct trains to Marseille take about an hour while trains to Avignon take less than 20 minutes.