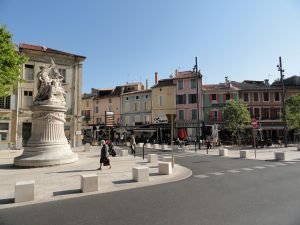 The city of Orange is located in Provence in the south of France just 20 km north of Avignon.

The Roman name for the town was Arausio, which was the name of a Celtic water god. It was founded in 35 BCE, about two decades after Lugdunum (Lyon), which was 180 km to the north. By then, a colony had also already been established at Nemausus (Nîmes) 50 km to the southwest. Also, nearly a century earlier the Romans had captured from the Celts the town of Arelate (Arles), which was 50 km to the south.

The city was built just a few kilometers east of the field on which a battle had been fought in 105 BCE between the Romans and two migratory Celtic tribes: the Cimbri and the Teutoni. The Battle of Arausio was a horrible defeat for the outnumbered Romans, who were almost completely wiped out in the battle.

Some traces of the ancient Roman city of Arausio can be seen in Orange. These include a triumphal arch originally built in the reign of Augustus (a few decades after the founding of the city) and rededicated soon afterwards in the reign of Tiberius. 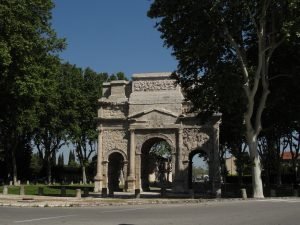 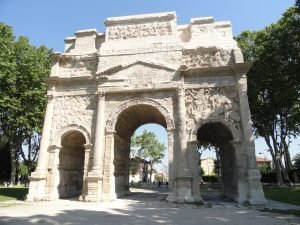 The most impressive Roman structure by far is of course the very well-preserved theater. What is perhaps most notable about its state of preservation is that the wall behind the stage has survived intact, which is very rare. It is one of the finest surviving Roman theaters anywhere, and since the 1860s (and every year since 1902) it has hosted the Chorégies d’Orange, a festival which in its current incarnation is a festival of opera music. 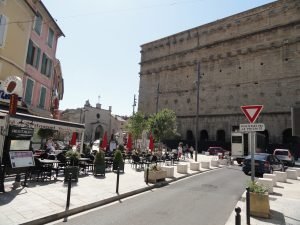 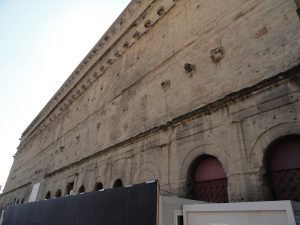 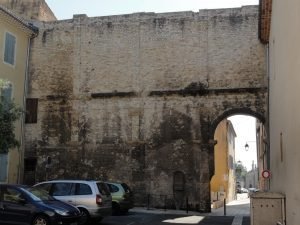 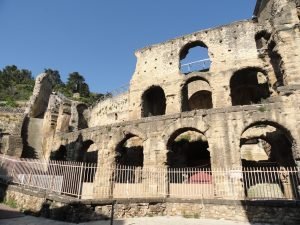 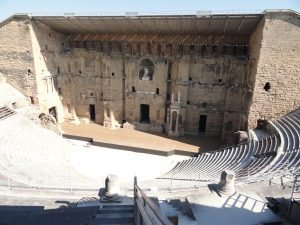 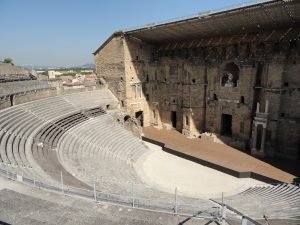 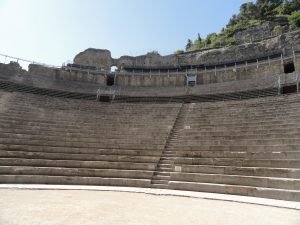 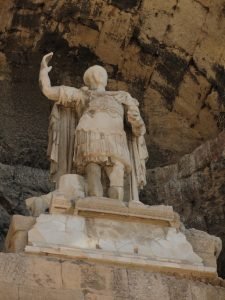 Tips for the Visitor
There are frequent trains to Orange from Avignon’s Central Train Station, and the journey only takes around 15 minutes.

Orange is not a large city, and you can walk to the ancient sites. The Roman theater is just a 1-km walk west of the train station, and the triumphal arch is an 800-meter walk north of the theater.